US sanctions assault has sent Iran into recession: IMF 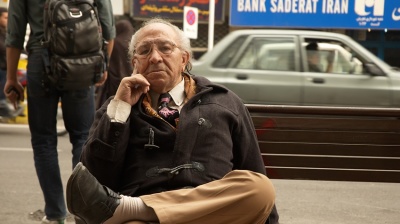 US sanctions have pushed Iran’s economy into recession and the situation is set to worsen as Washington steps up its economic drive against Tehran, the International Monetary Fund (IMF) said in its latest World Economic Outlook released late on October 8.

The IMF estimated that the Islamic Republic’s economy will contract by 1.5% this year and 3.6% in 2019 under the current circumstances. The US will substantially scale up its economic attack on Iran—designed to force the Iranians to the table to renegotiate their role in Middle East affairs—on November 5, on which date it wants to see a worldwide embargo in place on the country’s lifeline oil exports.

The damage already wrought by the US sanctions can be gauged by comparing the IMF’s latest economic outlook for Iran to the projection it gave prior to US President Donald Trump’s announcement of the sanctions in early May—at that point the IMF projected Iran's economy would grow by 4% in both 2018 and 2019.

Anticipated "reduced oil production" under the sanctions was key to the revised forecast, the IMF said.

China refuses to go along
Iranian crude exports reached a peak of around 2.5mn barrels per day after the multilateral sanctions were lifted in January 2016 after the signing of the nuclear deal by Iran and six major powers. But most estimates currently put them at around 500,000 b/d down in the run-up to the embargo deadline, after which they can be expected to fall much further. However, largest buyer of Iranian oil China has refused to go along with the requested boycott of Iran’s crude and second largest buyer India is pushing for at least temporary waivers to allow it to continue purchases.

Apart from the US, all the other nuclear deal signatories—Iran, Russia, China, Britain, Germany, and France—remain signed up to the accord under which Iran must comply with measures that bar any path it might take to develop a nuclear weapon.

Each of the signatories that objected to the US walking out of the deal, pointing out that the Iranians were in full compliance with it, have promised to make efforts to maintain trade and investment with Iran, although the results have been rather meagre so far and a great number of big foreign companies have exited the country fearing secondary US sanctions.

Rouhani welcomes EU’s SPV
On October 3, Iranian President Hassan Rouhani welcomed an EU plan to create a Special Purpose Vehicle (SPV) that will facilitate foreign trade with Iran while protecting traders from the secondary sanctions reach of the US. Brussels says the SPV might be ready for initial trading by early November. Analysts expect it will be mostly used by small and medium sized companies with less risky levels of exposure to the US economy and financial system.

European diplomats have described the SPV proposal as a means to create a sophisticated barter system, similar to one used by the Soviet Union during the Cold War. Iranian crude oil is to be exchanged for European goods without money changing hands. For example, Iran could ship oil to a German firm and the credit generated by that transaction could then be used to pay a French manufacturer for goods shipped the other way. There would be no transparency as to who is using the system.

In another reported move that would signal the EU’s commitment to protecting Iran from the Trump administration’s economic assault, Brussels has repeated a previous offer to open a representative office in Iran. The Austrian mission to Tehran is said to have announced that there are serious plans to move ahead with the project if it proved acceptable. Austria currently holds the EU’s rotating presidency.

Oil minister scoffs at Saudis
Meanwhile, on October 8, Iran's oil minister scoffed at Saudi Arabia’s claims that it can replace Iranian oil shipments lost due to the renewed US sanctions, saying they were exaggerations that the market would never believe.

"Such exaggerations might please Mr Trump, but the market will never believe them," Bijan Namdar Zanganeh said, according to the oil ministry's SHANA news service.  "These statements were made due to Mr Trump's pressure on Saudi authorities. The reality is that neither Saudi Arabia nor any other producer has such a capability," he added.

Zanganeh said that the Saudis had simply opened up "their previous reserves" to the market but had not raised their output capacity.

The Saudi statement could have a "short-term psychological effect", he added, but it would not mean much to global energy markets which had shown their concern over shortages by raising prices. If an oil price hike hits the American motorist, it might be a problem for Trump in the run-up to the US mid-term elections on November 6.

The Mariupol siege is over as the last Azov defenders surrender
21 minutes ago
Kyrgyzstan: Eccentric health minister fights for his job amid claims of corruption and bullying
14 hours ago
Azov commanders have remained behind in the Mariupol steelworks to continue the fight
15 hours ago
Russia hopes Chinese carmakers will help revive Moskvitch brand
16 hours ago
Russia may leave the WTO and WHO. In practice, it never really joined
16 hours ago