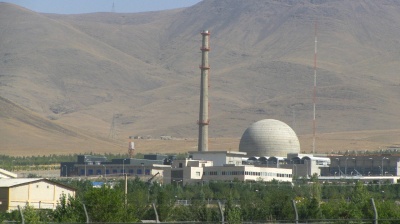 The US has essentially scrapped the last remnants of its cooperation with the 2015 Iran nuclear deal by ending sanctions waivers that allow Russian, Chinese and European companies to engage in civilian nuclear cooperation with Iran.

The move puts the five countries—France, Germany, the UK, Russia and China—that along with Iran remain signed up to the accord in a tough spot. Continuing with the cooperation risks invoking US sanctions, but ending it may place them in breach of the nuclear deal (formally the Joint Comprehensive Plan of Action, or JCPOA).

Tehran described the US move announced on May 27 as "desperate." The Atomic Energy Organization of Iran stated that the US Trump administration had made the move in a bid "to distract public opinion from its continued defeats at the hands of Iran".

The JCPOA lifted heavy sanctions against Iran in return for compliance with measures aimed at ensuring the country’s nuclear programme is kept entirely civilian. Despite UN inspectors saying Iran had stuck to full compliance with the accord, US President Donald Trump unilaterally withdrew Washington from it in May 2018, arguing it wasn’t tough enough. He has since used crushing sanctions aimed at placing Iran’s economy in such dire straits that Tehran comes to the table to accept a reconfigured nuclear deal under which it would also have to halt its ballistic missile development programme and cease supporting various militias across Middle East conflict zones that threaten Washington’s regional allies, including Israel. Iranian officials concede that Iran’s economy has taken some disabling blows from the sanctions but that the country is using its many years of experience in how to work around sanctions in order to defeat Trump’s strategy.

The past year has seen Iran protest at the lack of help Europe has provided it with in protecting its trade from the US sanctions. At the same time, Tehran has been gradually scaling down its cooperation with the JCPOA, saying the cooperation would be restored should Europe come through with meaningful assistance, but this would be very difficult for the Europeans to deliver as European companies generally keep their distance from Iran fearing that to do otherwise would expose them to secondary sanctions drawn up by the US. Iran’s leadership has warned of a scenario in which Iran resigns from the JCPOA because no significant benefit of staying in it has been provided by fellow remaining deal signatories.

US Secretary of State Mike Pompeo said on May 27 that Iran’s continued “nuclear brinkmanship” in breaching some of its nuclear commitments meant renewing the waivers for civilian nuclear cooperation was no longer justified.

“The regime’s nuclear extortion will lead to increased pressure on Iran and further isolate the regime from the international community,” he said.

Nuclear nonproliferation experts will be concerned that the withdrawal of the waivers will mean international experts no longer have effective insight into Tehran’s nuclear activities. They point out that foreign experts have been helping with scientific nuclear research that is fully civilian, such as in the field of medicine.

The European JCPOA signatories, along with fellow signatories Russia and China, may be far from impressed that Washington has made its waivers move at a time when it is seeking their cooperation to extend a UN arms embargo on Iran.

The end of the “civilian-nuclear cooperation” waivers applies to work at Iran's Arak heavy water research reactor, the securing of enriched uranium for the Tehran Research Reactor and the shipping abroad of spent and scrap reactor fuel. Companies involved at these facilities now have a 60-day wind-down period to cease operations or face sanctions, according to the US announcement. A 90-day extension for the waiver covering international activity at Iran’s Bushehr Nuclear Power Plant, to ensure safety of operations, has also been earmarked.

"Iran’s leaders are facing a decision: either negotiate with us or manage economic collapse," he said.

Iran insists it can avoid economic collapse and, if necessary, can successfully continue with its civilian nuclear programme solely deploying its own experts.