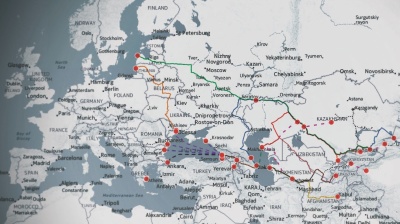 American company Conti International LLC has reportedly pulled out of the Anaklia Development Consortium (ADC) behind the project to develop a $2.5bn deep water port on Georgia’s Black Sea coast.

AccentNews.ge reported the investment exit, quoting ADC executive director Levan Akhvlediani. A withdrawal by infrastructure construction services company Conti International would very likely bring about the mothballing of the port project, at least under the arrangement inked by ADC and Georgia’s government in 2016.

New Jersey-headquartered Conti is one of the main partners in the ADC consortium, besides Georgia’s TBC Holding. 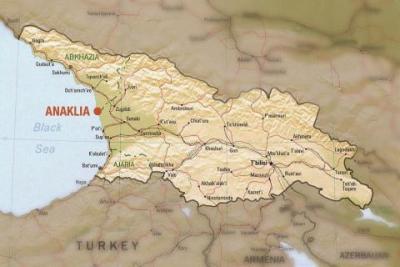 Georgia, often referred to as at the crossroads of Europe and Asia, says a deep sea port on its Black Sea coast could process increasing flows of Chinese exports bound for European nations.

Conti made its decision to pull out of the project because of sluggish progress, sources briefed AccentNews. In particular, it was unhappy that no agreement has yet been reached between the government and banks lined up to support the investment, despite what it described as “rhetoric” from officials on how the state backs both the project and the consortium.

“This is the result of a very long-term, very aggressive campaign to discredit mounted by the government against the consortium,” remarked independent analyst Gia Khukhashvili in comments published by InterPressNews.ge. He added that the withdrawal of Conti would in his opinion mean the exit of the ‘West’ from the project, with Russian or Chinese investors joining the investment or the investment being scrapped.

A successful port project at Anaklia is envisaged as picking up a major volume of business flowing from China's Belt and Road Initiative (BRI), which aims to boost flows of Chinese exports to Europe with the utilisation of new modern infrastructure.

Georgia’s Ministry of Regional Development and Infrastructure was quoted by InterPressNews.ge as saying in a press release that any exit by an ADC consortium member must receive the prior endorsement of the government—and no such step had been reported as yet. But Conti had not been involved in the consortium management since last December and was not involved in recent negotiations, the ministry reportedly acknowledged.

“We would also like to add that under the investment agreement, the investor is obliged to agree to the sale of any shares with the Government of Georgia, and that has not occurred. Therefore, in order to evaluate the possible outcomes [of Conti’s exit], we must obtain additional information from the Consortium,” the ministry’s press release added.

A confirmed withdrawal by Conti would come at what is a critical time for ADC. The consortium needs to raise $400mn from banks by the end of the year to keep the project alive. The government in June formally accepted the prolongation of a previous June 15 deadline placed on this financing objective.

Commercial guarantees
ADC and the government also agreed seven out of eight conditions formulated by the banks that are seen as financing the first phase of the deep sea port roll-out. However, the one condition still not settled is rather substantial—it centres on the commercial guarantees the government would provide to investors in the event that the port failed to break even due to insufficient business. Both the banks and investors have concerns that a smaller port project, located at Poti south of Anaklia on Georgia’s Black Sea coast, might grab market share targeted by ADC by expanding capacity for hosting large-sized vessels.

Another troubling issue is that, puzzlingly, influential members of the ruling Georgian Dream party in August referred in parliament to the financing deadline as October 15—implying an extension of only three months rather than six. There have been several instances of conflicting statements from politicians and officials, resulting in investors having a general lack of trust in what level of actual support the government is extending to the project.

Georgian Dream MP Irakli Mezurnishvili specifically said that if ADC failed to fulfil certain obligations by October 15, the government would make a new call for expressions of interest from potential investors who would like to realise the deep sea port in Anaklia.

“I'm sure Anaklia deep sea port will definitely be built,” Mezurnishvili said in an interview with the 360 Degrees programme on TV PalitraNews. “We are eager to do this with the involvement of the private sector. But if the private sector will not be involved in this project, then the port will be built by the state through its own budget. The project won't stop.”