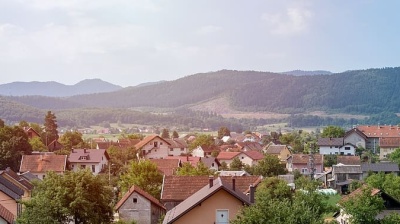 An underpopulated part of Croatia is offering homes and land plots for as little as HRK1 (€0.13) in an attempt to reverse population decline and fill vacant workplaces.

Croatia is experiencing a long-term population decline and increasingly relies on foreign workers, especially in seasonal sectors such as tourism and construction.

State broadcaster Hrvatska radiotelevizija (HRT) reported from Legrad, a small town of 2,241 people close to Croatia’s border with Hungary, where the municipality is offering the homes and land plots it owns to young families for HRK1, as well as subsidising home purchases with up to HRK35,000 and renovations with up to HRK25,000.

The condition is that the purchasers must be under 40 years of age and agree to live there for at least 15 years.

“We have the lowest unemployment rate in the county, given the proximity of the large centres of Koprivnica, Ludbreg [and] Prelog. We have virtually no unemployed person, that is, we are looking for more workers,” Legrad mayor Ivan Sabolic told HRT.

According to the report, there has been interest from all over Croatia as well as from neighbouring Bosnia & Herzegovina and Slovenia, which led to the scheme being extended until March 10.

Croatia saw residential real estate prices soar last year, with the asking price per square metre of Croatian apartments growing 10%, the third highest in Europe. But this increase was led by rising prices along the Adriatic riviera and in the capital Zagreb — partly fuelled by foreign buyers — while many homes lie empty in other parts of the country.

The HRK1 homes are just one of the initiatives launched by Croatian municipal authorities to attract and retain young families.

In mid-2018 (the latest full-year data available), Croatia saw a year-on-year decline in the population in all counties except the capital Zagreb, where the population inched up by 0.22% y/y and in the Adriatic coastal county of Istria (up 0.26%).

On top of this, since Croatia became a member of the EU in 2013, it has seen large-scale emigration, mainly of the working age population, to Western Europe.

This has resulted in Croatia, like many other Central and Southeast European countries, suffering from a labour market squeeze. The only respite has been from inward migration, mainly from Bosnia.

Prime Minister Andrej Plenkovic announced earlier this month that there had been a modest increase in the number of births in 2019, but he acknowledged this did not cancel out the negative trend.

Indeed, according to long-term projections from the UN Population Division, Croatia’s population will decline from over 4mn today to just 2.2mn by 2021.

The government has responded to the tight labour market by initially raising its quotas for foreign workers and then scrapping them altogether. The European Bank for Reconstruction and Development (EBRD) has urged the government to reform the labour market to tackle the problem of acute shortages of skilled labour, in its latest Transition Report released in November 2019.