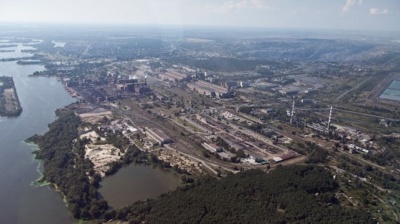 A Ukrainian court placed a ban on selling or transferring the majority stake in London-listed metal pellet producer Ferrexpo Poltava Mining (FPM) that belongs to Kostyantyn Zhevago, its majority shareholder and former CEO, the company said in a January 31 statement.

Kyiv’s Pechersk district court has put a restriction on a 50.3% stake in the shares of Ferrexpo Poltava Mining, the main production asset of Ferrexpo AG.

Ferrexpo AG has appealed against this court order, the company said, adding that its board believes that the appeal should be successful given the advice received that the order has no proper or reasonable basis under Ukrainian law.

The restriction does not affect ownership of the shares but prohibits their transfer, Ferrexpo said. Ferrexpo said that its operations remained unaffected and would continue as normal.

Zhevago was served in absentia with a notice of suspicion related to the embezzlement of $113mn from the Finance & Credit (F&C) bank in 2015, according to a September 27 post on the Facebook page of Olha Varchenko, the deputy director of Ukraine’s State Bureau of Investigations (DBR).

Zhevago was not in Ukraine at the time, having left the country to “receive urgent medical treatment,” according to a company statement.

Given the scandal and the fact that Ferrexpo is listed, the company decided to remove him from the board for the duration of the investigation.

As of September 30, 2019, Ferrexpo AG owned 100% of FPM’s shares, according to FPM’s disclosures published by Ukraine’s securities and stock market commission, as cited by Concorde Capital.

At the time the 1H19 financial statements were published in August last year, Zhevago held indirectly 50.3% in Ferrexpo plc (through The Minco Trust, of, which Zhevago is a beneficiary, and further through a Luxembourg company, Fevamotinico), which owns Ferrexpo AG, according to Ferrexpo’s 1H19 interim report.

In December the National Bank of Ukraine (NBU) obtained an enforcement order to recover UAH1.54bn from Zhevago in relation to his personal commitment to repay an NBU refinancing loan to the F&C bank.

Earlier in December, a Ukrainian investigating judge allowed Zhevago’s arrest in relation to the embezzlement of UAH2.5bn from the F&C bank.

“This development in itself should not affect Ferrexpo in the near future. However, it is disturbing, because it brings forward the scenario of Ferrexpo plc losing control of FPM if the 50.3% stake is further transferred by a Ukrainian court to another entity, such as the NBU, who has claims against Zhevago. This will unduly punish all of Ferrexpo’s shareholders, not just Zhevago,” Dmytro Khoroshun of Concorde Capital said in a note.

“If someone wants to restrict Zhevago’s assets, the more direct and just way would be to target his immediate holdings and beneficiary interests, such as in The Minco Trust, Fevamotinico, and down to the 50.3% stake in Ferrexpo plc. However, this path is unrealistic for a Ukrainian claimant,” Khoroshun added.

Analyst are expecting a prolonged legal battle for control of the assets.