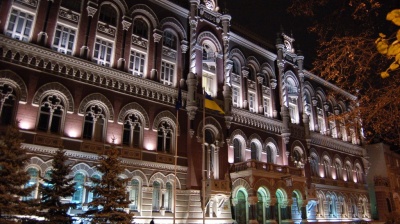 NBU management to be replaced in blow that will kill off the IMF deal, dilute the central bank's independence and could cause a debt crisis.
By Ben Aris in Berlin March 15, 2020

Ukraine’s government has announced that it intends to replace the management of the National Bank of Ukraine (NBU) and has put out a list of candidates to take over control of the central bank, ZN.ua reported on March 15.

The NBU management was under attack for much of last year, raising fears the independence of the bank was in danger. The bank’s staff have suffered a series of blatant attacks and harassment in the last year, despite winning high praise from international investors and donors for doing an outstanding job of crisis management and crushing inflation in 2019.

Former NBU governor Valeria Gontareva was hospitalised after being knocked down by a hit-and-run driver in London in “suspicious circumstances”, according to London police. Gontareva’s house was burnt down in an arson attack on September 16 last year and her daughter-in-law’s car was torched after being doused in petrol soon after.

In a separate incident, thugs linked to oligarch Ihor Kolomoisky stormed into the central bank building and threatened the staff there as police stood by and did little. The NBU has branded attacks on its staff and Gontareva as a “terror” campaign and named Kolomoisky as being behind the campaign.

Gontareva also told bne IntelliNews in an interview in July last year that she felt in personal danger from Kolomoisky and warned then that the oligarch was mounting a campaign to oust the management of the NBU because of its resistance to returning PrivatBank to his control and the central bank’s insistence that he returned over $5.5bn that he stole from PrivatBank using fake loan scams.

Now it seems Gontareva’s warning of an attack on the NBU’s independence has been borne out as the government prepares to sack governor of the NBU Yakiv Smolii and has named candidates to replace him.

Vladimir Lavrenchuk, Elena Scherbakova, Kirill Shevchenko and Bogdan Danylyshyn are likely candidates for becoming the new head of the NBU, who will soon replace Smolii, ZN.UA reports, citing a source in the office of Ukrainian President Volodymyr Zelenskiy.

According to the source, if Ukraine continues to co-operate with the International Monetary Fund (IMF), the most likely candidate is Lavrenchuk. If negotiations with the IMF break down then the new head of the NBU will be Shcherbakova, the news site reports. Shcherbakova is a former Kolomoisky employee, who worked at PrivatBank, which was nationalised in 2016.

Ukraine has been trying to close a new $5.5bn Extended Fund Facility (EFF) with the IMF since December, when the international financial institution agreed to the new facility in principle. However, since then the government has flip-flopped on pushing through key reforms the IMF demanded before agreeing on the EFF, including a law that would preclude PrivatBank being returned to Kolomoisky.

As bne IntelliNews and other commentators have reported, the IMF deal is crucial for the stability of Ukraine’s economy this year. The change in the NBU team would follow on from Zelenskiy's decision to shake up the government with a major reshuffle on March 3 that included the sacking of the technocratic Ukrainian Prime Minister Oleksiy Honcharuk and most of the key ministers, which unnerved investors.

The timing of a major change in personnel in the midst of a global crisis, wth investors reeling from a double whammy of collapsing oil prices and the coronavirus pandemic, has led to a major sell-off of Ukraine’s bonds. The yields on Ukraine’s 2028 Eurobonds soared by almost 150bp to around 11% and have effectively locked Ukraine out of the international capital markets in a year when it has some $5bn of debt obligations coming due. Investment bank Morgan Stanley immediately advised clients to “sell Ukraine and buy Egypt”. Ukraine’s bonds had been a market darling and amongst the best performing in the world in 2019.

The latest announcement to change the top management of the NBU will only pour oil on the flames and could precipitate a financial crisis. The change of team at the NBU will make it extremely difficult to close the deal for the EFF this year and will only send bond yields higher.

What role Kolomoisky plays in the decision is not clear, but the influence on Zelenskiy of the maverick oligarch, who was a backer of the comedian-turned-politician’s election campaign, has also been a source of concern for the IMF.

Kolomoisky has been very aggressive in comments about the NBU and threatened Gontareva with violence, according to her statements.

Lavrenchuk is a Ukrainian banker and economist, and for many years he served as chairman of the board of the Ukrainian Raiffeisen Bank Aval, NV.ua reports.

Shcherbakova is an active member of the NBU Council, worked for many years at the NBU and was deputy head of the board at the Finance and Credit Bank. She previously worked for Kolomoisky in a senior post at PrivatBank.

Shevchenko is a banker with many years of experience and is the current head of the board of the state Ukrgasbank.

The fourth applicant, according to ZN.UA, Danylyshyn, is the current head of the NBU Council. According to a source from ZN.UA. Danylyshyn is also a Kolomoisky ally and has called on the state to open talks with Kolomoisky regarding the return of PrivatBank.

Smolii’s term is due to expire only in 2025; however, according to ZN.UA sources, Smolii has been induced to resign voluntarily.