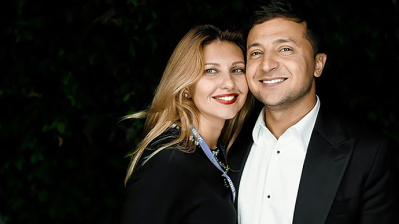 Zelenskiy has declared $1mn of income in 2019, earned from his holdings in the Krvatal 95 production company and various trademarks he owns
By bne IntelliNews June 1, 2020

Zelenskiy recently lambasted his top ministers for paying state employees too much as the reason for a government reshuffle in March and wants to cap public wages at around $1,700. The suggestion raised the hackles of Ukraine’s international donors, who say paying civil servants too little breeds corruption.

However, the popularist move by Zelenskiy is designed to appeal to voters. Ukraine’s nominal incomes have more or less doubled in the last five years, rising from UAH3,455 ($128) in January 2015 to briefly top UAH11,000 in March this year, the equivalent of $412, but dropped back again in April to UAH10,430 ($383) as the coronacrisis hit incomes. Ukraine is one of the poorest countries in Central and Eastern Europe (CEE), which has driven millions of its citizens to seek work in neighbouring countries where wages are multiple times higher.

According to the declaration, the income of the president and members of his family in 2019 amounted to UAH28,602,468 and the Zelenskiy family paid taxes to the budget of UAH3.6mn.

Previously Zelenskiy was a well-known TV actor and comic, but he and his friends set up the Kvartal 95 production company that sells their content to various media outlets, including producing films, cartoons and TV comedy shows.

The company has deals with not only leading Ukrainian broadcasters, but previously also counted some Russian broadcasters as clients.  In the spring of 2019 Zelenskiy sold his shares of Green Family Ltd, as well as all four trademarks registered in the Russian Federation.

One of his company’s most popular productions was Servant of the People, where a schoolteacher accidently becomes president, from which the name of his parliamentary fraction is derived.

The president’s press service noted that since May 2019, following his election as president, Zelenskiy has not been engaged in entrepreneurial activities and only receives an official salary of UAH208,787 ($7,729).

The statement says the president also owns UAH5.2mn ($188,783) of state bonds, and received UAH4.4mn ($162,871) after his wife sold an apartment in Kyiv Bolshaya Vasilkovskaya Street that was owned by her.

Zelenskiy continues to be the owner of a large number of brands and in 2019 two trademarks of "Servant of the People" were registered in his name.

Zelenskiy received royalties from the use of his trademarks amounting to a total of UAH548,000 ($20,284) which increased his income year on year.

Amongst the assets that Zelenskiy declared owning were several apartments in Kyiv worth $1mn. A villa in Italy worth $3mn as well as two apartments in the UK. He has two cars, a Range Rover 2016 & Mercedes-Benz S 500 2014 and several luxury watches: Tag Heuer, Roleх, Graff and a Piaget & Breguet amongst others things.

In 2019, Zelenskiy’s wife Olena received a loan from Sergey Shefir, a co-founder of Kvartal 95, worth UAH5mn which she repaid before the end of the same year.

Zelenskiy spent a total of UAH11.5mn ($426,681) as his contribution to his election campaign fund during the presidential race. He spent another UAH567,875 for consulting services from PricewaterhouseCoopers.

When Zelenskiy travelled to the Sultanate of Oman, where he was accused of using public money for a private trip, the presidential press office said that Olena paid for that trip out of her own pocket.  According to the law, expenses and transactions of family members are not declared.

Zelenskiy's fortune is relatively modest compared to that of his predecessor former President Petro Poroshenko, who was named the third-richest person in Ukraine in March, according to the revised Forbes rich list.

Poroshenko was the eighth richest in 2014 when he was voted into office, worth $1.3bn at the time. His assets shrank to $750mn a year later as the Ukrainian economy went into full meltdown, but have since recovered to $1.4bn.

On taking office Poroshenko promised to put his assets into a blind trust but failed to do so. He has been accused of profiting personally from his years in power, as featured in a bne IntelliNews investigation: “Poroshenko’s empire: the business of being Ukraine’s president.”