Ukraine retakes area larger than Singapore in just over a week 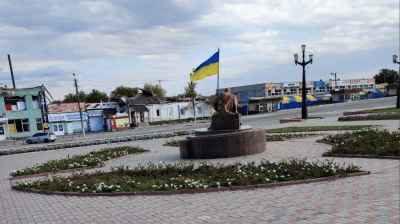 The Ukrainian Armed Forces have made major advances since the start of September, conducting successful counter-offensives in Kharkiv Oblast and Kherson Oblast and retaking significant territory.

Ukraine launched a counter-offensive in the Kherson region on August 30, which forced Russian troops to refocus on the southern axis, leaving positions vulnerable in the Kharkiv region, the Institute for the Study of War noted on September 7. At the same time, Russian forces were also deployed to Donetsk Oblast, spreading troops thin in the Kharkiv region.

Ukraine took advantage of the situation and has made serious ground in Kharkiv, recently liberating over 20 settlements and penetrating up to 50 km into Russian defence positions, according to the General Staff of Armed Forces of Ukraine. Overall, Ukraine has retaken an area larger than Singapore or New York City in just over a week.

Fighting in Kharkiv Oblast is currently concentrated around the city of Izyum, with Ukraine successfully liberating the small city of Balakliya on September 8, according to Kyiv Independent journalist Illia Ponomarenko. The Ukrainian flag was spotted flying in the centre of the city, six months after it having been captured by Russian troops.

Although details of Ukraine’s operation are deliberately opaque, Ponomarenko speculates that Ukraine will aim to retake Kupyansk, an important rail and vehicle transportation centre between Russia and northern and central Donbas. If Ukraine is successful in cutting the ground lines of communication (GLOCs) to Russian rear areas in Kupyansk and Izyum, then they will be able to isolate Russian troops and recapture further significant amounts of territory.

Reports on social media say that Ukrainian troops have already entered the Izyum district and are close to cutting out the Russian groupings. The advance has taken Russian troops by surprise, forcing them to retreat and abandon their military equipment, the New Voice of Ukraine reported. The success of the counter-offensive is a huge, demoralising blow for Moscow.

Meanwhile, in the south, Ukrainian forces are targeting Russian logistic nodes, manpower and equipment concentrations, transportation networks and command and control points, the ISW reported. Over 250 fire missions were carried out between September 6 and 7 and Ukrainian strikes have damaged Russian fuel and ammunition stores, which has affected Russian logistical capacity and undermined its combat capabilities in the region.

Due to the advancing Ukrainian counterattack, Russian authorities have announced the postponement of the illegal annexation referendum in Kherson, citing “the deteriorating security situation”, New Voice of Ukraine reported.

In July, the Ukrainian army assured that the city of Kherson will be liberated by September. The regional capital was the first major city to fall, having been captured by Russians on March 3. However, the introduction of HIMARS and other long-range artillery significantly improved Ukraine’s arsenal and allowed its forces to hit targets deep in Russian territory, including key bridges used by Russian forces to resupply.

Russian men fleeing the draft are caught between suspected of being pro-Putin and Western closed-door policies
Georgia’s border clogged with thousands of Russians fleeing the Kremlin’s mobilisation
Meloni won the elections, but her programme won’t make Italy the next Hungary

Kremlin preparing for a protracted conflict by putting Russian economy onto a war footing
3 hours ago
Hungary’s forint slides to new low after central bank ends tightening cycle
6 hours ago
Slovak ministers criticise Czech border controls
6 hours ago
Might Trussonomics be a branch of Erdoganomics?
11 hours ago
Report says Russian gas supplies to Europe via TurkStream now endangered
15 hours ago