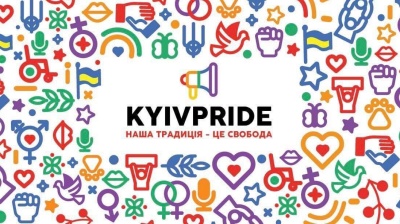 Some 8,000 people attended Kyiv's Gay Pride march on September 18, the most successful ever and a largely peaceful event that has been marred by violence in the past. / wiki
By bne IntelliNews September 20, 2021

Ukraine held its most successful Gay Pride march on September 19, with an estimated 8,000 people in attendance including foreign diplomats at an event that has turned into a show of solidarity.

The event has been marred in past years by protests from far-right and homophobic activists that led to scuffles. In the first years of the march a small number of gay rights activists turned out and were completely surrounded by a double cordon of police in full riot gear. The local authorities were also reluctant to give the march permission in what remains a largely Orthodox Christian country.

However, the pride march has become a symbol of Ukraine’s attempt to move closer to Europe and part of that is accepting European values, including recognition of LGBT rights. As a result, the Gay Pride march has support from the very top of Ukraine’s political leadership that goes out of its way to ensure it passes off peaceful demonstration.

This year went off largely peacefully as a large crowd marched through central Kyiv, although there was a small anti-gay protest and some minor clashes with police. Authorities deployed a heavy police contingent and National Guard members to protect the participants.

"We go out to show that there are a lot of us and we have a lot of support," Ruslana Panukhnyk, director of the NGO KyivPride, which organises the parade, told the Agence France-Presse news agency.

Ukraine, like most of Eastern Europe, is struggling to accept the rights of those with alternative lifestyles and sexuality. As bne IntelliNews has reported, there is a values fault line that runs along Ukraine’s western border: to the left are general liberal European values, whereas to the right are conservative values largely based on Orthodox Christian family value mores.

Georgia has been a poster boy for its adaptation of Western values and its aspiration to move closer to Europe, but this year’s Gay Pride march didn't get off the ground when far-right and conservative church activists attacked journalists in Tbilisi and ransacked the Gay Pride offices before the market had even begun. One cameraman was beaten so badly he died a few days later. The authorities were widely criticised for not only their inaction to prevent the violence but for also actively encouraging the homophobic protesters.

Of all the new members of the EU, Czechia is by the most advanced in accepting the gay movement. Attitudes to homosexuality in Czechia are by far the most liberal in Central Europe and on a par with the EU norm. The Prague Pride march is one of the biggest in the region and has a real carnival atmosphere, where the majority of the city’s residents participate in the event.

One feature of this year’s Pride march in Ukraine was that it was attended by a number of openly gay veteran soldiers from the fight in the Donbas against Russia-backed separatist rebels. A group of soldiers was led by Viktor Pylypenko, Ukraine’s first soldier to come out as gay and who was beaten up in Kyiv as a result. Pylypenko said there are a number of gay soldiers that would have liked to attend the march but were unable to do so.

"There are lots of homophobes and because of these homophobes and their homophobic commanders these people cannot come out," he said, as cited by Deutsche Welle.

Several hundred far-right and Orthodox activists staged a counter-protest adjacent to the route but were kept at a distance by police. Authorities said earlier they had arrested nine people on suspicion of preparing "provocations" against the parade.

"We are for God and Ukraine," Oksana Korchynska, a member of the opposition Radical Party, told the Reuters news agency from the counter-demo on Sunday. "For us it is important that people who have a sexual sin do not make propaganda out of it.”

Last year’s Pride march was cancelled due to coronavirus (COVID-19) restrictions and was the first since Ukrainian President Volodymyr Zelenskiy was elected on a more inclusive and liberal platform. While Zelenskiy has remained restrained on the topic of homosexuality, when heckled by a homophobic attendee at the press event shortly after his election, an exasperated Zelenskiy replied: “Everyone has the right to make their own choices. Please leave these poor people alone!”

On the morning of this march, Zelenskiy's office urged the police to preserve the safety of protesters and pointed out that the country's constitution guarantees equality and freedom.

Several Ukrainian politicians and foreign diplomats also took part in the event. One of them, British Ambassador to Ukraine Judith Gough, wrote on Twitter: "Thank you to the police and other law enforcement agencies for protecting today's Pride event.”

Putin signs off annexation of four Ukrainian regions
4 hours ago
Kremlin preparing for a protracted conflict by putting Russian economy onto a war footing
8 hours ago
Hungary’s forint slides to new low after central bank ends tightening cycle
11 hours ago
Slovak ministers criticise Czech border controls
11 hours ago
Might Trussonomics be a branch of Erdoganomics?
16 hours ago