Ukraine accuses Russia of $32bn loss due to 2009 gas contracts 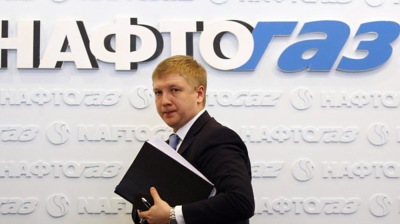 The gas contract signed with Russia in 2009 that expire this year between have cost Ukraine $32bn
By bne IntelliNews January 21, 2019

According to him, Ukraine has lost $32bn "with no hope of a return" in form of "upcharges, fines and other elements". Kobolev added that the damage could have been even greater, but thanks to the recent victory in the Stockholm arbitration, it was possible to save $94.7bn or UAH177,000 per family.

Earlier, the Arbitration Institute of the Stockholm Chamber of Commerce ordered Gazprom to pay $4.63bn to Naftogaz for the failure to meet gas transit obligations. However, since the court previously ordered Naftogaz to pay Gazprom for gas supply arrears in January, Gazprom's net payment after two arbitration decisions will be $2.56bn.

The decision brings an end to a long legal battle between the two companies over the cost of gas to Ukraine and its transit. Under a deal cut by then prime minister Yulia Tymoshenko in 2009, Kyiv ended up paying some of the highest prices for gas in Europe at a time the country could not afford it.

Kobolev added that the overestimated base contract price of $450 per 1,000 cubic meters with the market price at that time in Germany being $360 made Ukraine hostage to a political discount from Russia. He added that in this way Russia used gas for political pressure in relations with Belarus, Georgia, Armenia and Moldova.

Ukraine has not bought any natural gas from Russia's gas monopoly Gazprom for three years, counting from November 26, 2015. Instead, Kyiv imported gas from Russian clients in Europe, such as Slovakia and Poland, by reverse flows and with a mark-up in price.