Turkmenistan orders payment of part of salaries in government bonds 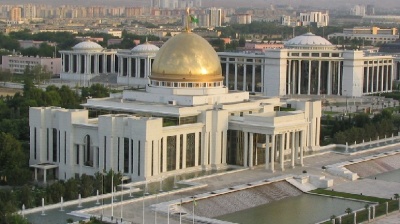 In a sign of deepening economic troubles, Turkmenistan is reported to have ordered that at least 12% of employees’ wages should be paid in government securities instead of cash in order to fund the president’s outlandish ambitions. The  gas-rich Central Asian nation appears to be using the unusual way of raising money to compensate for shortfalls from hydrocarbons exports caused by the low price of oil and gas.

In January Turkmen employers will start using the bonds to make up at least 12% of their employees’ wages. The government decided to issue the bonds in October without specifying the details of the issue, the Chronicles of Turkmenistan website, run by Turkmen exiles from abroad, reports.

Banks, financial departments and tax services started implementing a government order “to pay at least 12% of wages” in bonds in December. “In practice this means top managers will try to sell more bonds to secure praise from the government. As a result, instructions with recommendations to pay 15% and more per cent [of wages with bonds] will be sent down,” a finance ministry official in eastern Mary Region told the website.

Turkmenistan’s autocratic President Gurbanguly Berdimuhamedov, who styles himself as Arkadag (“Protector”), has embarked on expensive, often dubious, vanity projects. While the construction of a $10bn pipeline to ship Turkmen gas to India and Pakistan via war-torn Afghanistan may be prompted by the president’s attempts to diversify export routes and beef up government coffers by exporting 33bn cubic metres of gas a year, ordinary Turkmens and observers question his desire to catch the spotlight by organising Asian indoor games in one of the world’s most isolated countries in 2017.

Extravagant Sporting events are popular with Central Asia's dictators: Azerbaijan’s Ilham Aliyev is believed to have burnt $8bn to stage the first-ever European Games with almost no benefit to the country, and Nursultan Nazarbayev staged the Asian Winter Games in Kazkhstan in 2011 and is going to host the EXPO international fair in Astana in 2017 and University Winter Games in Almaty in 2017 despite the economic hardship the country is facing.

The Turkmen president’s solution to raise funds for “a large-scale investment programme to build over 220 facilities with a total cost of $18bn” in 2016 is reminiscent of the failed attempt by Tajikistan’s Emomali Rahmon to fund the construction of what would be the world’s tallest dam – Rogun – by selling shares in the project to the population in 2010.

The low inflow of hard currency into the currency has also forced the Turkmen authorities to limit sales of cash dollars to the population, giving a boost to the black currency market.