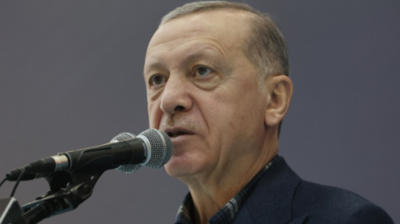 Turkey on January 16 moved closer to a possible showdown with other Nato members on plans to admit Sweden and Finland into the defence alliance after Turkish President Recep Tayyip Erdogan demanded that the Nordic countries deport or extradite around 130 "terrorists" to his country ahead of Ankara approving their applications to join the military bloc.

Sweden in particular has made the case to Erdogan that individuals named as wanted fugitives by Ankara cannot simply be extradited to Turkey as extraditions are a matter for independent courts.

But in comments made late on January 15, reported by Reuters, Erdogan indicated he is not minded to accept such reasoning, stating, in reference to a joint press conference he held with Swedish Prime Minister Ulf Kristersson last November: "We said look, so if you don't hand over your terrorists to us, we can't pass it [approval of the Nato application] through the parliament [for ratification] anyway."

He added: "For this to pass the parliament, first of all you have to hand more than 100, around 130 of these terrorists to us."

Erdogan argues that in Sweden, and Finland to a lesser extent, there are Kurdish terrorists and individuals associated with the Gulenist network blamed by Ankara for the 2016 failed coup attempt against the Turkish president. Elections are due in Turkey by June at the latest this year, and Erdogan may see his tough stance on the requested extraditions as a policy that will firm his core vote.

Assessing Erdogan’s latest words on Turkey potentially unilaterally blocking the Nato expansion, Finnish politicians saw his demand as an angry response to an incident in Stockholm last week in which an effigy of the Turkish leader was strung up during a protest by a Kurdish group based in the Swedish capital.

"This must have been a reaction, I believe, to the events of the past days," Finland's foreign minister Pekka Haavisto told public broadcaster YLE.

In response to the incident in Stockholm, Turkey scrapped a planned January 16 visit to Ankara of the Swedish speaker of parliament, Andreas Norlen. He journeyed to Helsinki instead.

"We stress that in Finland and in Sweden we have freedom of expression. We cannot control it," the speaker of the Finnish parliament, Matti Vanhanen, told reporters at a joint news conference with Norlen, as reported by Reuters.

A Swedish prosecutor said on January 16 that there would be no formal investigation into the Kurdish group's demonstration in Stockholm in which the life-size effigy of Erdogan was hung from a lamppost by its feet, referencing events after the execution of Italian Fascist dictator Benito Mussolini, Aftonbladet reported. "I received the case as defamation, but did not think it could amount to defamation. Therefore, I decided not to initiate a preliminary investigation," prosecutor Lucas Eriksson told the newspaper.

Also on January 16, Hulusi Akar, a former four-star general who once led the Turkish armed forces and is now the country’s defence minister, told the Financial Times: “We fully support Nato’s open-door policy. Just as we respect the candidates’ desire to become members, they must respect our security concerns. We want this problem resolved, but there is nothing we can do. We are waiting for Sweden and Finland to complete their work and solve this.”

Akar also defended Turkey’s approach to Russia in his comments to the UK daily. Ankara has not joined in with Western sanctions against Moscow and has even built up trade with Russia since the Russian invasion of Ukraine began in late February last year. Erdogan, who maintains amicable ties with both the Kremlin and Kyiv, arguing that he could serve as a trusted mediator in bringing peace to Ukraine, often speaks with Vladimir Putin on the phone, as he did on January 16. Akar said: “Someone has to speak with Russia . . . without this dialogue there would be deadlock. We would expect the west to thank our president.”