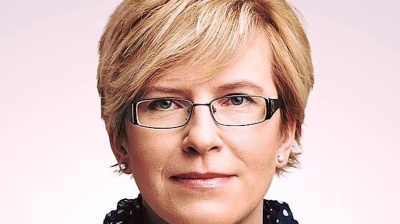 Lithuanians are voting to pick their new president on May 12 but no revolution is expected as a result for the country of 2.8mn that the outgoing head of state Dalia Grybauskaite affirmed as one of the most pro-EU in the crisis-ridden bloc and a staunch Nato ally.

The policy that Grybauskaite helped establish during her two-term, 10-year, tenure as a firm cornerstone of Lithuania’s course in Europe will remain virtually unchanged, leading candidates say.

There is agreement nearly across the board on boosting Lithuania’s defence capabilities, as the country lies on Nato’s eastern flank, facing Russia, which is perceived as a threat in the former Soviet republic.

Candidates also share the positive view of the EU, even if some scepticism on further integration is voiced. Domestically, the contenders – despite being seen as close or at least favourable to business - vow improving social security policies as their top task.

The race is tight between the two leading candidates, the conservative MP of the Homeland Union party, economist Ingrida Simonyte, 44, and independent Gitanas Nauseda, 54, former chief economist at SEB bank. Both are polling at around 30%, with Simonyte inching ahead of her rival in recent polls.

The incumbent Prime Minister Saulius Skvernelis, running on behalf of the Greens and Farmers Union, is polling third at around 20% despite employing government resources to boost his campaign in recent weeks.

“Tax increase would not be needed as additional money can be collected by further fighting shadow economy,” the PM added.

Skvernelis said in an interview with Reuters that he will stand down as prime minister if he is not among the top two candidates in the first round of voting.

But it is Simonyte and Nauseda that have appealed to a bigger number of voters with their message, with Simonyte making gains in popularity in the past four months. Both present themselves as independent of party politicking and able to reach across the political spectrum for compromise solutions.

Both Simonyte and Nauseda can be described as centre-right and with a favourable approach to business. Simonyte appears more of a continuation candidate, especially in her advocating a tough position on Russia, which was the trademark of the outgoing president.

If no candidate wins over 50% of the vote this Sunday, a run-off vote will be held between the two top contenders on May 26, concurrently with the election to the European Parliament.