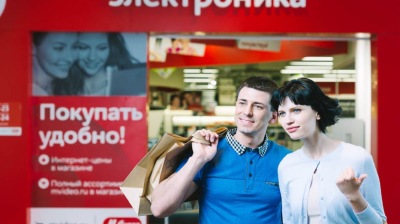 Stagnating real incomes over the last five years have lead to a fall in the number of Russians that consider themselves to be middle class.
By bne IntelliNews April 18, 2019

The number of Russians that consider themselves to be part of the middle class fell from 60% to half (47%) in 2018, as real incomes stagnate and years of crisis weight on confidence, according to the quarterly “Ivanov Consumer Index” poll conducted by state-owned retail lender Sberbank.

“Ivanov” is the most common name in Russia and the survey studies the economic situation in Russia as a leading indicator of development and change. The share of respondents who believe that their income is below the average level increased by the same amount, from 35% to 48%.

A sharp reduction in the middle class occurred in 2015–2017 following the collapse of the oil prices and associated ruble devaluation but in the past 15 months its share has remained stable, says Yaroslav Lissovolik, head of research at Sberbank CIB.

“If a person can postpone, travel, go to restaurants, then he considers himself to be middle class,” Lissovolik said as cited by Vedomosti. “If there is enough money only for basic spending then they consider themselves to be below average.”

The situation is worse in the regions where the income levels are widely spread, but also connected to what the region produces. As bne IntelliNews reported, average incomes depend heavily on if a region is a mineral producer and nominal incomes in many of the oil and metal producing regions are well above the national average, although so is the cost of living.

In Russia’s second largest city St Petersburg the share of the middle class decreased from 58% to 51%, and in the other millionki (cities with more than one million inhabitants) from 61% to 49%. In smaller regional cities the share of middle class fell from 56% to 45%. The proportion of people with low incomes increased from 34% to 45%, from 34% to 48%, and from 39% to 51%, respectively in each of these regions.

According to Rosstat, real incomes of Russians fell for five years in a row between 2014 to 2018 and remain below the level of pre-crisis 2013. The fall in real incomes has been biggest in Moscow, also by far the richest city.

The Ministry of Economic Development in the adjusted forecast of socio-economic development expects real income growth in 2019 of 1%, then its acceleration to 1.5% in 2020 and in subsequent years to 2.2-2.4%.