Russia recently celebrated its first anniversary as a full member of the World Trade Organisation (WTO). Experts agree that membership will be beneficial for Russia in the long term, as it will improve competitiveness, demand and international investment, as well as driving innovation among manufacturers.

However, the first 12 months have not been easy. There is profound scepticism in the manufacturing sector about what membership means for Russia, particularly within the automotive industry, which is at the centre of the first formal WTO case filed against Russia: EU and Japan have complained to the governing body about Russia's recycling fees for imported vehicles.

But perhaps even more surprising than what has happened so far is what has not happened. As a member of the WTO family, Russia can now challenge anti-dumping measures and special duties imposed by other countries against Russian goods, but we have yet to see it file a complaint with the WTO authorities.

Is this about to change? Speaking at the Sochi Economic Forum in September, Russian Minister for Economic Development Alexei Ulyukayev said that Russia would use its WTO membership more "actively" to protect the interests of its exporters and manufacturers.

The sentiment was echoed by President Vladimir Putin, who said shortly afterwards at the VTB Capital annual investment forum in Moscow that Russia should learn to actively use WTO mechanisms and protect its domestic market.

So what does the future hold for Russia as a WTO member? And how can it better maximise its membership to promote internal growth?

The recycling fee dispute continues to make headlines, amid real concern within Russia that the country's nascent automotive industry will be made to suffer. The alternative could see Russia become the first exception to the unspoken rule that no action is taken against countries in the first year of membership. What action the WTO authorities could actually take against Russia is an interesting question, however.

The WTO may not impose direct penalties on a member country, so if Russia refuses to scrap the recycling charges for imported vehicles or makes domestic producers pay it too, the only alternative would be for the EU and Japan to impose additional duties for Russian goods.

But what goods would this apply to? Russia's most important export to the EU by far is oil and gas. However, imposing additional duties on those would be a case of cutting off your nose to spite your face, as the EU relies on Russia to meet its energy needs.

The recycling fee dispute is likely to be resolved by applying the levy to all cars sold in Russia to level the playing field - and a bill to that effect was introduced to the Duma earlier this year, although parliamentary holidays began before it could be considered.

This leaves us with the question of which sectors are likely to be the next focus of WTO disputes? One highly contentious area is agricultural machinery.

Rostselmash's desire to protect itself is hardly surprising: it is the largest manufacturer of grain harvesters in Russia and competes directly with all imported brands; naturally it wants to protect itself against any competition.

However, the decision on protective duties for Russian grain harvesters has been met with scepticism in Kazakhstan. Thus the tariffs implementation has been delayed pending a final decision by the Supreme Eurasian Economic Council of the Customs Union - in other words, the heads of state or the heads of governments for Russia, Belarus and Kazakhstan.

The Council decided at the end of September to introduce a minute quota for the import of harvesters and ordered the commission to amend its safeguard decision respectively. Could another lawsuit against Russia be on its way to the WTO dispute resolution body as a result?

WTO membership is actually a double-edged sword for Russia. It has already spelt short-term troubles for certain sectors, but it also means that Russia can use the WTO legal framework to protect its own interests on the global economic stage.

Currently there are over 100 restrictive measures in force against Russian exports globally. These are largely anti-dumping measures aimed at the steel and chemical industries, and in some cases there is evidence of anti-dumping rules being abused to disadvantage Russian producers internationally.

Prime Minister Dmitry Medvedev has publicly spoken about the importance of protecting the steel industry and the WTO can offer a good platform for constructive engagement on this internationally. In the next couple of years, we can expect to see Russia bringing its own court case through WTO channels to protect these critical industries.

Winning a case in the WTO will be a breakthrough for Russia's standing on the international stage and have obvious economic benefits. However, bringing a case could have real benefits even if Russia were to lose. It will send out a clear signal to the international community that Russia is an equal player following the rules. Effective use of the WTO legal framework will be a powerful illustration of the fact that Russia can stand up for its producers, takes its obligations seriously and is committed to handling disputes in full accordance with international law.

The Russian economy is facing significant challenges in the wake of the global recession and competitive pressures on the world stage. Russia's future lies in working constructively within the WTO framework - but we need to see Russia making full use of the advantages conferred by membership over the coming months. 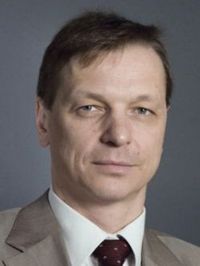