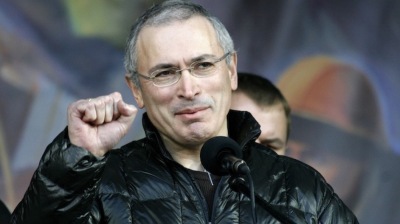 Oil tycoon and the former owner of Yukos Mikhail Khodorkovsky was jailed in 2003 for a decade on fraud charges and his company's assets sold off to state owned oil major Rosneft. The former owners were awarded $50bn in damages by courts but have never been able to collect. / wiki
By Ben Aris in Berlin November 5, 2021

The battle between the Kremlin and former Russian oil company Yukos took a new twist on November 5 when the Dutch Supreme Court overturned a decision forcing the Russian government to pay a $50bn arbitration award to the former Yukos shareholders and sent the case back to appeal, Reuters reports.

“Today the Supreme Court quashed the appeal court’s final judgment as well as the court’s preceding judgment,” a court statement said as cited by Reuters. “The case has been referred to the Amsterdam Court of Appeal for renewed judgment.”

The Supreme Court judges accepted one of the Russian government’s grounds of appeal.

“The Russian Federation’s argument that the shareholders have committed fraud in the arbitral proceedings has been wrongly dismissed by the Court of Appeal on procedural grounds and should have been judged with respect to content,” it found. “Therefore the judgements of the Court of Appeal cannot be upheld.”

It rejected Russia’s other grounds of appeal, including complaints that the court did not have jurisdiction. The judgment on that issue was final, it said.

The decision will potentially add many more years of legal wrangling in the already long-running dispute. Previously courts had awarded the shareholders the $50bn award after deciding the Russian government had illegally appropriated Yukos’ assets.

Yukos collapsed in 2006 after its owner Mikhail Khodorkovsky was arrested in 2003 on fraud charges and jailed for a decade. As the stock was widely held by international investors the case became a cause célèbre and the Kremlin was widely accused of jailing Khodorkovsky in a state-sponsored asset grab.

The Yukos assets were then sold off in a highly controversial auction that was won by the state-owned Rosneft and today form the basis of the company’s oil production, making it the biggest oil company in Russia.

Khodorkovsky is controversial figure and was called the “most corrupt oligarch in the most corrupt country in the world,” in a New York Times editorial in 1999, but after he cleaned up his corporate act in 2000 and began to promote good corporate governance the stock soared, making him the richest man in the world under 40.

After he was released from jail in December 2013, he moved to Germany and then the UK where he has become an outspoken critic of the Kremlin, funding several pro-democracy NGOs including his own Open Russia foundation. The Kremlin tolerated the criticism until the crackdown on dissent began this year ahead of the September Duma election and declared Open Russia as an “undesirable” organisation, and its managers closed it in May this year to prevent the arrest of its members and management.

The Dutch ruling on November 5 came after seven years of legal wrangling in Dutch courts following an arbitration tribunal ruling in 2014 that found Moscow had violated its international obligations by taking actions designed to bankrupt Yukos.

The decision is the second time that Dutch judges set aside the award after The Hague District Court dismissed it in 2016, only to see it re-imposed on appeal.

The Russian authorities have been vigorously defending their decision to bankrupt Yukos. Despite its improved corporate governance, as far as the shareholders were concerned the company continued to take advantage of Russia’s chaotic regulations and managed to reduce its effective tax rate to around 5%, despite the headline rate of 24%.

Khodorkovsky told this correspondent in an interview in the early noughties that he had done nothing wrong and that he had hired a team of lawyers to make sure all the company's decisions were legal, even if they were extremely advantageous for the company.

“It's the same thing any Western company would do. There is a whole industry in the USA trying to work out how to optimise tax payments,” Khodorkovsky said at the time.

Former Yukos shareholders have sought to recover their assets by taking their case to the Hague-based Permanent Court of Arbitration (PCA), from where the case proceeded through the Dutch legal system.

Legal proceedings seeking to enforce the awards were subsequently lodged in the Netherlands, the UK and the United States by subsidiaries of GML, formerly known as Group Menatep Ltd, which held around 70% of the shares in Yukos.

GML said in a statement it had won substantive grounds of appeal and it was “confident that the Court of Appeal in Amsterdam will dismiss the baseless allegations raised by the Russian Federation, and the arbitral awards will be upheld.”