The American cookie king developing a monopoly in Moscow’s cafes

American entrepreneur Karl Swanson is defying the economic downturn and food sanctions over Russia’s involvement in the Ukrainian conflict by rapidly growing his cookie business in conjunction with Moscow’s leading coffee shops.

His company, Natura Foods, now produces about half a million cookies each month along with muffins, biscotti and banana bread loaves. The majority of coffee chains in the city stock his products, with clients including foreign chains Starbucks, Subway and Costa Coffee. Domestic behemoth Shokoladnitsa, which has about 430 outlets nationwide, is also a major client, while Coffee House is also expected to sign up shortly after being acquired by Shokoladnitsa.

Swanson, a Russophile who first came to Vladivostock with the Peace Corps two decades ago, previously worked for the Dubai government as head of their representative office trying to source infrastructure development projects related to ports and warehousing. The 2008 global crisis led to the office being closed and his redundancy. “I spent eight months winding up the operation,” Swanson tells bne IntelliNews in an interview at his factory. “Then, I was thinking I wasn’t ready to leave Russia and I was trying to figure what to do, and I recalled that there still wasn’t anyone making decent cookies anywhere.” 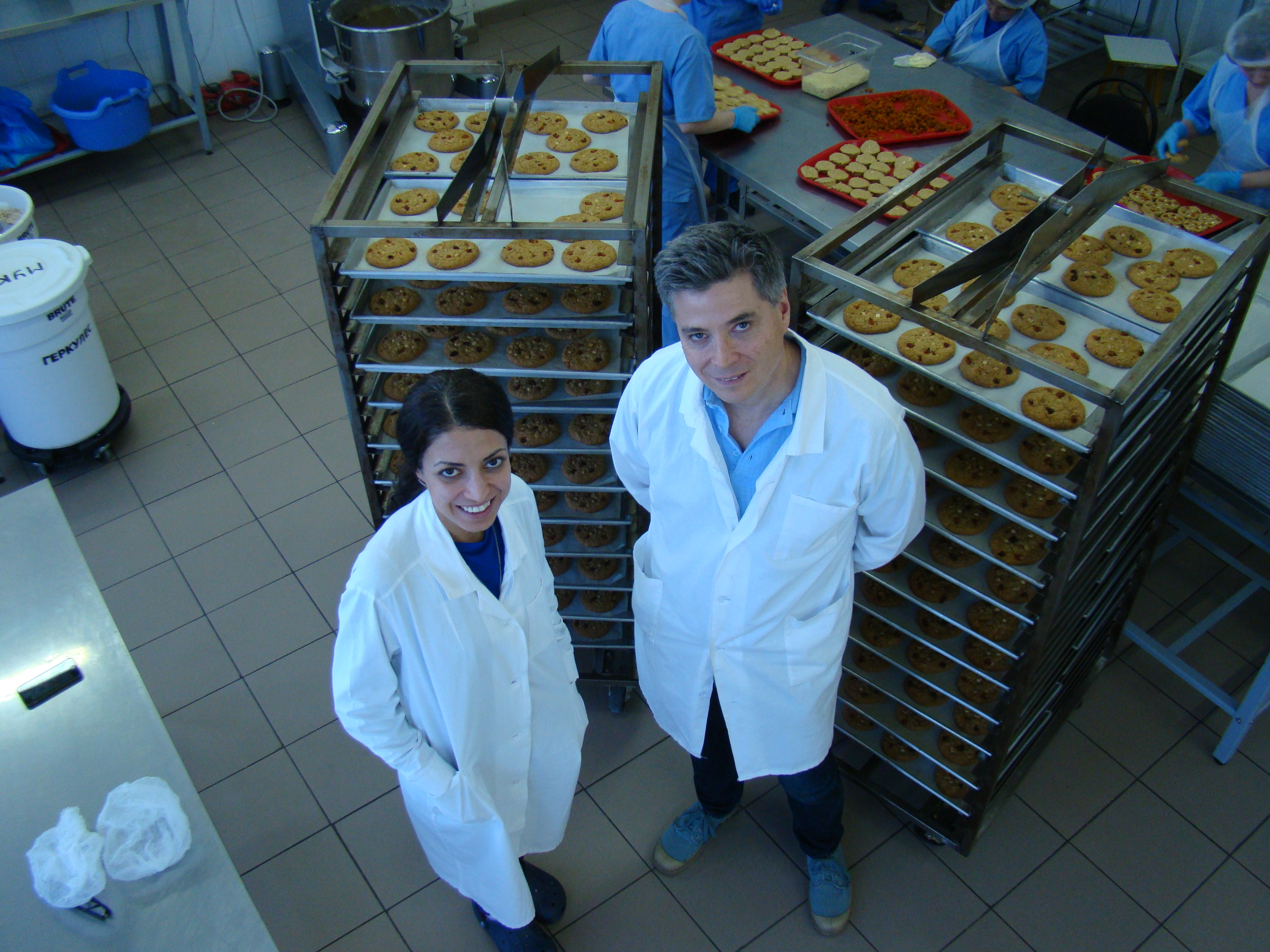 In early 2010, the Colorado native started knocking up sample batches of cookies in his Moscow kitchen. A friend let him use space in his factory to develop recipes, while a Russian partner sought the orders.

Swanson, who once owned a restaurant in Spain, was making frozen dough with the intention that the customers would bake the cookies themselves. Their first customers were hotels such as Radisson, Hilton, Holiday Inn and the Marriot. However, the large coffee chains didn’t have the facilities to bake on the premises, so Swanson started to develop his own specific recipes and bake cookies to order.

Things took off in 2012 when Starbucks started ordering his cookies for their outlets. Natura Foods has grown in synch with Starbucks, which has more than doubled its number of branches to 100 over the last three years in Russia’s main cities. One of the most popular cookies for Starbucks is a chocolate chip with flakes of chilli.

The relationship with Shokoladnitsa hit a bump earlier this year when the chain decided to try to bake its own cookies using imported American cookie dough. “It turns out the quality wasn’t so good and their customers started complaining, so they came back to us and we are again supplying them,” Swanson says.

To boost production, the business moved a year ago from its factory in Khimiki near Sheremetyevo airport to Podolsk, located about 40 kilometres south of the city. There, new ovens and a huge shock freezer, where temperatures dip to sub-30° Celsius, were bought to keep up with new contracts this year from the UK chain Costa Coffee and American sandwich franchiser Subway, which has 700 outlets across Russia.

Amina Imirsadykova, Swanson’s wife and head of business development, has been instrumental in signing up many new clients like Subway, which takes 100,000 cookies a month. Swanson focuses a lot of time on developing cookie recipes and new products such as granola bars and crumpets. “We are also working on a brand for retail of cookies and biscotti for the leading supermarkets,” Swanson says. “If we do the packaging and marketing well, it could be a powerful brand on the shelves.” 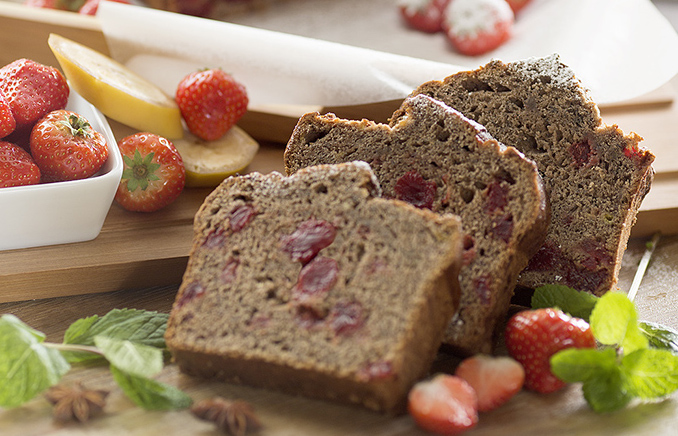 Sanctions take bite out of business

The tit-for-tat sanctions have been onerous on the business, which was raking in the equivalent of $100,000 a month until then. The ruble devaluation and the fact Natura Foods was importing many of its ingredients such as Californian almonds, nuts and dried fruit has sliced that dollar amount in half. “The cost of our raw materials jumped by 50% after the sanctions, so we had to look closer to home,” he says. “We are producing much, much more now than a year ago, but our margins are much tighter.”

The company has sometimes found it difficult to source quality ingredients in Russia to replace those previously imported prior to the sanctions. “The dried apricots from Tajikistan sometimes have stones and then the nuts aren’t always particularly clean,” Swanson says. “These Central Asian countries just don’t have the same level of process.”

On the flip side, sanctions have caused potential clients to look more at domestic producers like Natura Foods instead of importing more expensive products. “A lot of these chains that have been historically buying imported cakes, cookies and bread are starting to look for local suppliers, and they say it’s not that easy to find good, consistent and quality products,” he says.

Natura Foods reinvests its earnings to expand production and to buy new equipment from Germany and Italy. Swanson, who has ten employees, doesn’t want to bring on board new investors, sell shares or to take out loans at the current punitively high interest rates. “It’s all about control for me,” Swanson says. “For now we don’t need anybody, but we will see how the cookie crumbles in the future. 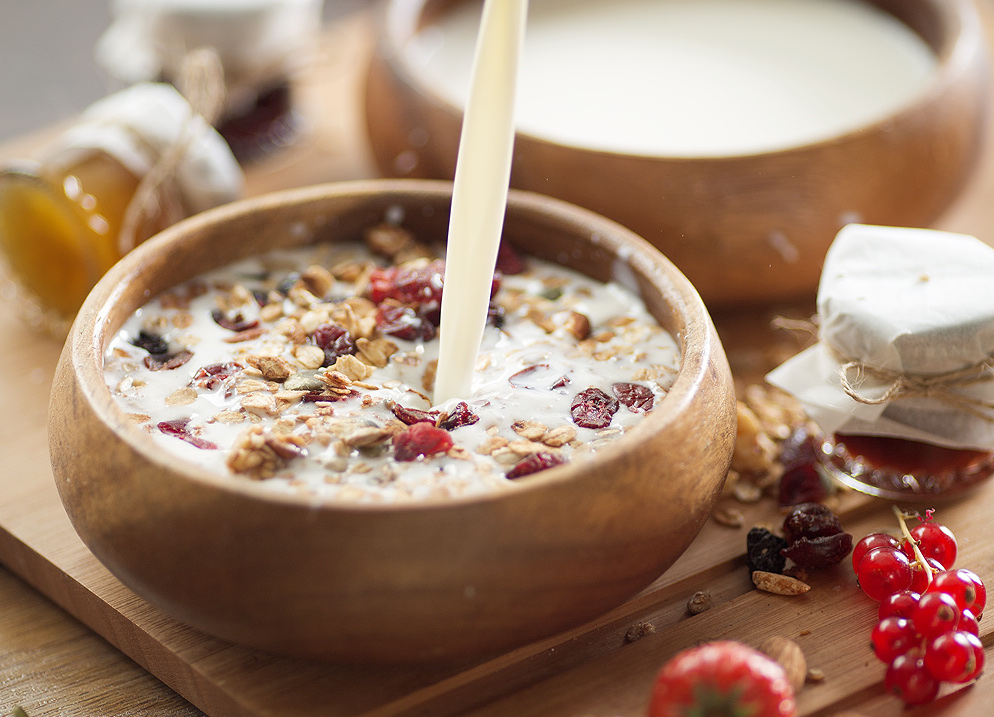