Tele2 valued at $3.6bn ahead of mooted acquisition by Rostelecom 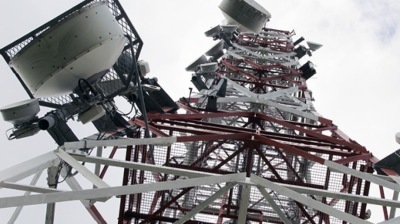 Tele2 valued at $3.6bn ahead of mooted acquisition by Rostelecom
By bne IntelliNews January 26, 2019

Tele2 is the most recent entrant to the telecoms business and has been valued at RUB240bn ($3.6bn) ahead of the mooted acquisition.

The state-owned Rostelecom has already agreed on the terms with Tele2 shareholders, a source close to the deal told Vedomosti.

The Federal Property Management Agency has prepared a directive approving an increase in the share of Rostelecom to 100%, a federal official said.

However, Rostelecom has yet to ask permission from the agency that oversees the company and the Federal Antimonopoly Service (FAS) has also not received a request to approve the deal, their representatives say as cited by Vedomosti. Representatives of Rostelecom and Tele2 declined to comment.

T2 RTK Holding is valued at RUB240bn a friend of the members of the board of directors of Tele2 told Vedomosti, however, Rostelecom is only intending to buy a controlling packet of shares and not 100%, according to the Russian paper’s sources.

Taking into account Tele2’s debt, the value of the deal could be RUB200bn according to Maria Sukhanova, an analyst with BCS Global Markets. Tele2 had an estimated net debt of RUB120bn as of the end of the third quarter of 2018.

Rostelecom already owns 45% of Tele2 with the rest owned by Tele2 Russia Holding AB, in which VTB holds 50%. Other shareholders include Invintel BV that belongs to Russian oligarch Alexey Mordashov with 40%, and 10% belongs to the Bank of Russia.

Market watchers say they expect VTB to exit and for Rostelecom to pay for the deal with a mix of cash and treasury shares.

Some 12.01% of the share capital of Rostelecom (10.49% of ordinary shares and 30.79% of preferred shares) belongs to its subsidiary Mobitel, indicated the website of the state-owned company. The market value of this package on January 24 was about RUB23.6bn.

The mobile telecoms market has become very competitive and is one of Russia’s most modern sectors. Currently the state has no presence in the mobile market.

Tele2 has been growing fast. Unlike the incumbents it has invested nothing into its own tower network and made use of the emerging tower operator business which has kept capex low. According to the results of the third quarter of 2018, the company’s operating revenue grew by more than 15% to RUB37.3bn, Tele2 reported.

Now the company has 16% of all mobile subscribers (and 15% of revenue). Its nearest competitor, VimpelCom, has 22% of subscribers, according to TMT Consulting, in the first nine months of 2018. But Tele2 has a significant revenue growth due to an increase in the average monthly income from a mobile subscribers.