TEHRAN BLOG: Iran did it because Mad Uncle Donald says so 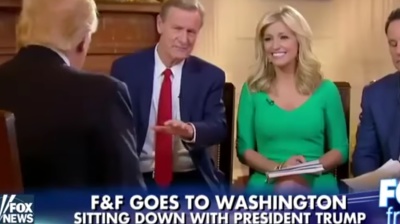 Washington, give us a break from this fella won’t yer? Like the mad uncle that nobody but nobody wants to get cornered by at the wedding party, Donald Trump went on Fox & Friends on June 14 blaming Iran for the previous day’s attacks on two tankers near the strategic Strait of Hormuz.

No, Donald, no. Desist. There are lives and livelihoods at stake here. Iran may well turn out to be the guilty party—though there are more than a couple of other prime suspects—but the blurry covertly shot video released by US Central Command, purporting to show soldiers on an Iranian military patrol boat removing an unexploded magnetic mine from one of the tankers, does not amount to anything like enough evidence.

Alas, as he will, as he does, the Commander-in-chief held forth in an interview, given on his 73rd birthday. "Iran did do it, and you know they did it because you saw the boat," Trump said. "I guess one of the mines didn't explode and it's probably [Ah, the operative word—Ed.] got essentially 'Iran' written all over it. And you saw the boat at night trying to take the mine off and [it] successfully took the mine off the boat, and that was exposed … They’re in deep, deep trouble.”

“We don’t take it lightly,” Trump added, before making a rambled offer to the “nation of terror” to enter into negotiations despite the latest goings-on. “They’ve been told in very strong terms … we want to get them back to the table if they want to get back. I’m in no rush.”

On June 13, US Secretary of State Mike Pompeo took no questions and proffered no evidence as he asserted to reporters that intelligence assessments had concluded that Iran was responsible for the blasts that hit the tankers, plus (again, no presented evidence) the attacks on four tankers in the Gulf of Oman a month ago, also thought to involve limpet mines.

Not fit
Tehran, meanwhile, essentially continued to plead with the world to wake up. Iran’s leaders patently don’t see Trump as fit to lead the US, or run a chip shop for that matter.

Supreme Leader Ayatollah Ali Khamenei dismissed the idea of talks with the US relayed by visiting Japanese PM Shinzo Abe this week by tweeting: “I do not consider Trump as a person worth exchanging any message with and I have no answer for him, nor will I respond to him in the future.”

Rejecting the US allegations, Iranian Foreign Minister Mohammad Javad Zarif accused Washington of engaging in “sabotage diplomacy”, while his spokesman Abbas Mousavi responded: “Obviously, accusing Iran for such a suspicious and unfortunate incident is the simplest and the most convenient way for [Pompeo] and other US officials. These accusations are alarming.”

“That the US immediately jumped to make allegations against Iran—w/o a shred of factual or circumstantial evidence—only makes it abundantly clear that the #B_Team is moving to a #PlanB: Sabotage diplomacy—including by @AbeShinzo—and cover up its #EconomicTerrorism against Iran,” Zarif tweeted.

Zarif has for weeks been warning that Bolton, Israeli Prime Minister Benjamin Netanyahu and Saudi Crown Prince Mohammed bin Salman could goad Trump into a conflict with Tehran. He’s also talked of operations in the shadows creating “incidents” that could provoke Trump into warmongering.

Sticking to the line
As things stand, Trump (at least the last time bne IntelliNews checked, five minutes ago) is sticking to the line that he doesn’t want war with Iran or regime change in the Islamic Republic, but wants to use sanctions and other “maximum pressure” tactics to squeeze the Iranians economically to the point where they will come to the table and negotiate a broader nuclear deal settlement that will address their nuclear development programme and support for various militias in Middle East conflict zones, among other things.

Russia is among many countries that since the tanker attacks has been urging the US and Iran to not allow their stand-off to deteriorate into a war situation and on June 14 Iranian President Hassan Rouhani had the opportunity to meet with his Russian counterpart Vladimir Putin in Bishkek, Kyrgyzstan, for a China-led security bloc summit. The Middle East situation requires closer ties between Iran and Russia, Rouhani said at the gathering, adding that US actions were posing a serious threat to stability in the region.

"The US government over the last two years, violating all the international structures and rules and using its economic, financial and military resources, has taken an aggressive approach and presents a serious risk to stability in the region and the world," Rouhani said at the summit.

But enough of the apportioning of blame for now, whoever it is that turns out to be culpable. This was a serious attempt at writing a commentary. What we want to see from Trump is a respectable attempt at being a president.

250 companies ‘in queue for Tehran IPO’

Mercuryo.io, a Russian-founded startup based in Estonia, announced in the first week of September the completion of its first round of funding, having received €2.5mn from Target Global

Huawei opens an innovations and development centre in Serbia’s capital Belgrade as the US is pushing for CEE governments to reject the Chinese tech company.

Sumsub, an identity verification start-up with Russian roots, announced in the first week of September the completion of a $6mn round of fund-raising, reports East-West Digital News (EWDN).