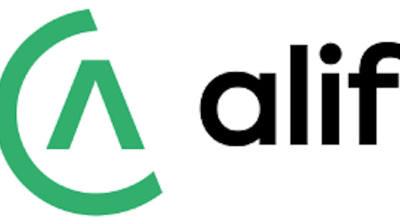 Tajik fintech firm Alif, headquartered in Dushanbe, has announced plans to open an office in the UK to grow its investor network and pursue new business development opportunities in the UK and Europe.

Alif currently has over 600,000 users, a team of 700 professionals and three main offices set up in Tajikistan and Uzbekistan. As part of its expansion, Alif will be looking to raise debt financing in order to grow its ‘Buy Now, Pay Later’ portfolio size.

The expansion to the UK market is being led by Firdavs Shakhidi, who has an extensive background in asset management and fintech, including at Jefferson Capital, EFG Bank and Fortu. Firdavs is set to assemble a team of UK fintech experts and oversee the launch of a new office in London. He will be supported by the co-founder of private banking platform Fortu Wealth, Azamat Sultanov.

“Founded in 2014 by Abdullo Kurbanov, Zuhursho Rahmatulloev and Firdavs Mirzoev, Alif is one of Central Asia’s leading fintech companies. Following education and early professional careers in the UK and the US, Abdullo (graduate of LSE, UK), Zuhursho (graduate of Warwick, UK) and Firdavs (graduate of Saint Louis University, USA) returned to their native Tajikistan with the goal of using innovative fintech solutions to digitally empower consumers and address financial issues specific to the Central Asia region - making payments, peer-to-peer transfers, installment-based purchases, and international remittances faster, cheaper and easier. Coming back to the UK to continue their expansion is a natural decision for the founders,” a release from Alif said.

The founder of TCS Group Oleg Tinkov that owns Russia’s only purely online bank Tinkoff and the US Internal Revenue Service (IRS) have filed a petition to a court in California to approve an ... more