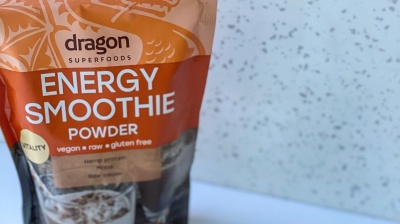 Producer and distributor of organic food Smart Organic plans to launch an initial public offering (IPO) on the Bulgarian Stock Exchange in Sofia, the company announced on September 24.

The company plans to use the proceeds of the IPO and a bank loan to fund the purchase of a German competitor and to build a new production plant, as the market for health foods grows in Bulgaria and elsewhere.

“Big changes and high growth we expect from Smart Organic. Our plans include $3mn in funding euros on the stock exchange, and the borrowed funds we will use for the purchase of a German competitor and for the construction of a new production factory,” the company announced on its Linkedin page.

Smart Organic is the biggest distributor of organic food and beverages in Bulgaria, and also makes its own products.

It plans to IPO on the Sofia bourse’s Bulgarian Enterprise Accelerator Market (BEAM), which launched in 2019.

The IPO is planned for the end of October, Smart Organic’s founder and owner Yani Dragov said, elaborating on the plans in an interview with Capital.bg.

Dragov did not name the German company that Smart Organic aims to take over, but said the deal is at an “advanced stage” and is due to be completed in November.

Smart Organic is also looking for a land plot to build its new factory, which will allow it to double its production volume. It intends to start building the factory in spring 2022, and the first stage of construction will cost around BGN6mn (€3mn). In addition, it plans to add a new warehouse next to its existing plant, with an investment of BGN5mn, Dragov told Capital.

As reported by Capital.bg, Smart Organic previously aimed to list on the Sofia exchange in 2015, but according to Dragov the Financial Supervision Commission refused to approve its prospectus for “strange and unclear reasons”.

Some of Smart Organic’s products are Roobar branded organic energy and protein bars, Kookie Cat, Rookies and Cookie organic cookies and Dragon Superfoods superfoods and vegetable proteins, according to its website. It exports around 70% of its production to more than 60 countries. Its top export markets include Germany, Switzerland, Scandinavia, France, Romania and the Middle East.

Within Bulgaria, its products are sold in over 650 retail outlets and online, as well as in its Green chain organic food shops. It is the official distributor for plant-based meat producer Beyond Meat for Bulgaria and North Macedonia.