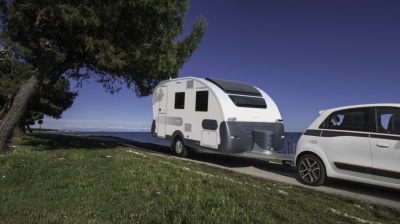 Adria Mobil is among the Slovenian companies getting back to work as the number of new coronavirus cases slows.
By bne IntelliNews April 6, 2020

Several major Slovenian companies are preparing to resume work after the coronavirus (COVID-19) pandemic forced a halt to their operations.

The news comes as top Slovenian officials look ahead to the lifting of restrictions within a few weeks as the spread of the virus has slowed in the country.

Slovenia, which borders northern Italy, the site of one of Europe’s worst outbreaks, initially saw one of the fastest growing epidemics in Central and Southeast Europe. However, restrictions introduced by the authorities have resulted in a significant slowdown recently.

As of April 7 there were 1,021 cases confirmed in the country, up by just 24 since the previous day, and 30 deaths, according to the World Health Organisation.

A government spokesperson said on April 5 that the country’s strict lockdown measures will last for another two to four weeks. "Once we start relaxation measures, they should be carefully planned, with the awareness that we will have to live with the virus and the epidemic for a while," government spokesman Jelko Kacin said, as quoted by local media.

Among the companies resuming production with new social distancing and hygiene measures in place are caravan producer Adria Mobil. According to news agency STA, Adria Mobil restarted its production on April 7 after it suspended operations in mid-March due to the outbreak of coronavirus.

The company has taken all preventative measures to secure safe operations such as using protective equipment across the whole production complex.

With the cooperation of the Red Cross’ professionals from Novo Mesto, where the plant is located, the body temperature of all employees will be regularly checked, the article said.

Previously, BSH Hisni Aparati, which was one of the first large manufacturers in the country to halt production over the coronavirus (COVID-19) epidemic, was also among the first to relaunch production, as reported by local media on April 1.

The company halted operations on March 15 mainly due to the suspension of public transport and absence of protective equipment.

The company, which is the largest producer of small household appliances in Europe, operated at 15% of capacity on March 30 and hopes to be at 50% next week, news agency STA reported.

“We mostly had to close because public transport was suspended, as 75% of our workers used the bus to come to work,” BSH director Bostjan Gorjup was cited as saying.

He said that the second reason was the absence of protective equipment and the fact that an outbreak at its factory would have created excessive peril for the Upper Savinja valley.

"Those in China have been working for some time already. I expect that those in Italy will get a green light after an inspection where they need to prove they meet security demands, much like was the case in China," Gorjup said.

Production at the Velenje factories will resume on April 14, except for the washing and drying production, which will restart on April 10.

The Mora plant in the Czech Republic will also be operational on April 14, and the plant in Valjevo, Serbia, will start operating on April 13.

“Even after returning to work, we will continue to implement all preventive safety and security measures in all Hisense Gorenje companies,” Gorenje said on April 4.