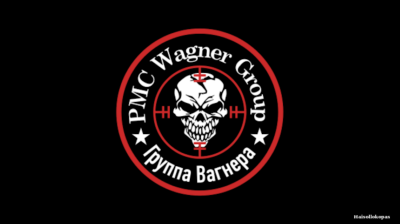 By Valentina Dimitrievska in Skopje January 19, 2023

Serbian NGO Forum for Security and Democracy (FBD) called on the authorities in Belgrade on January 17 to sanction the activities of the Russian paramilitary organisation Wagner in Serbia following the latest scandal over calls by the group for Serbian volunteers to join its ranks and fight in Ukraine.

The Wagner Group is a paramilitary organisation, described as Russian President Vladimir Putin’s private army, responsible for extra-judicial killings, rape, torture, looting and the attempted assassination of Ukrainian President Volodymyr Zelenskiy. It is understood to have stepped up its activities in Serbia, where many people are sympathetic towards Russia, with the opening of a so-called ‘cultural centre’ in late 2022.

There were also claims that units of the Wagner group were present in Serbia and at the barricades in Kosovo, though this has been denied by Serbian President Aleksandar Vucic.

FBD called Wagner a terrorist organisation which, together with its media branches, is inciting Serbian citizens to violate domestic and international laws and the customs of war.

“FBD calls on the competent institutions to take all necessary measures as soon as possible to sanction anti-state actions of the Wagner Group,” FBD said in a statement.

It added that the measures should include a ban on Wagner’s activities in Serbia, the revocation of licenses of media that promote the group, as well as criminal prosecution of all individuals who encouraged and helped its functioning in Serbia.

FBD also believes that there is no good reason why Serbia could not join the EU sanctions against Russia, saying that Wagner’s actions have clearly shown that sanctions would not punish the Russian people, but would protect the sovereignty of Serbia and its citizens.

The NGO pointed out that Serbia unequivocally supported the territorial integrity of Ukraine and condemned Russian aggression against an internationally recognised country in the conclusions of the National Security Council as well as in its vote in the UN General Assembly.

In an interview with Bloomberg on January 18, Vucic also said that he does not support the invasion of Crimea and Donbas and recognises them as part of Ukraine.

Vucic recently spoke out on the issue of the Wagner group’s activities, saying that Russia should stop efforts to recruit Serbs to fight alongside the Wagner group in Ukraine.

N1 Serbia reported that Vucic “told his Russian friends” that it is not fair to Serbs or Russians to invite them to fight against Ukraine via websites, because Serbs are “suffering for not imposing sanctions on Russia”.

"What are you doing to Serbia? Why do you, from Wagner, call anyone from Serbia when you know that it is against our regulations,” Vucic was cited as saying.

This refusal has damaged Serbia’s standing within Europe, and led to calls for its EU accession process to be stalled as it is failing to align with EU foreign policy.