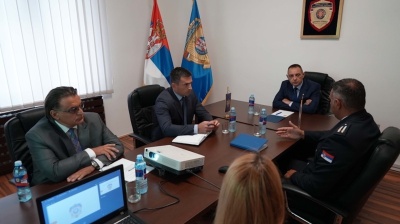 The Serbian authorities will step up their efforts to combat environmental crime in the county, Minister of Internal Affairs Aleksandar Vulin said on August 9, according to a government statement.

Earlier this year, the government set up the Unit for Suppression of Environmental Crime and Environmental Protection, with the aim of tackling environmental crime. Its remit includes tackling illegal sales of protected species, killing and abusing animals, poaching, forest theft and polluting our rivers and other natural resources.

According to Vulin, in the four months since its launch, the unit has filed 291 criminal reports against 217 people who committed 291 environmental crimes.

“The dedicated and committed work of its members has protected many natural resources, flora and fauna of our country,” the minister said.

He announced that the unit will step up its work and surveillance in all parts of Serbia, and warned that those who destroy Serbia’s natural heritage will be prosecuted.

When the unit was set up earlier this year, Vulin pointed out that a growth in environmental crime is being recorded all over the world, resulting in the destruction of nature, the loss of biodiversity and natural resources.

In 2019, the World Bank put the global cost of the illegal logging, fishing and wildlife trades at a staggering $1 trillion to $2 trillion. Admittedly, most of this was in ‘ecosystem services’ that are not currently priced by the market, such as carbon storage, biodiversity, water filtration and flood retention. But the development bank also estimated that governments in low-income countries where livelihoods disproportionately depend on natural capital lose out on $7bn-12bn in potential fiscal revenues every year.