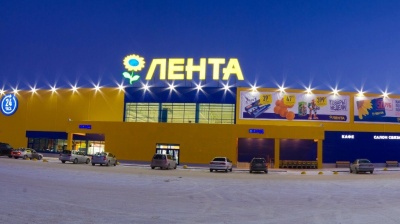 Russia's retail sector is rapidly consolidating as a second big M&A deal is announced in just one week. Top five retailer Lenta has bought its smaller rival Billa for €215mn to become the second-biggest chain in Moscow and St Petersburg.
By Ben Aris in Berlin May 19, 2021

A day after a mega deal saw leading supermarket chain Magnit buy the third-largest chain Dixy, the fourth-largest player in the business Lenta announced it was buying smaller rival Billa to become the second-largest supermarket chain in Moscow.

The holding company Lenta LLC announced on May 18 that it had struck a deal to acquire the supermarkets business of Billa Russia GmbH for €215mn in cash.

“The acquisition significantly accelerates Lenta's expansion in Moscow, adding prime retail locations that represent mature retail properties with a high sales density. As a result of the transaction, Lenta will have a total food retail market share of approximately 3% in Moscow and the Moscow region,” Lenta said in a press release.

Russia’s biggest cities of Moscow and St Petersburg are the focus at the moment and both have populations that are bigger than most Central European countries. Magnit built up its business in Russia’s far flung regions and for years largely ignored the twin capitals. But by buying Dixy Magnit adds some 2,000 stores in both Moscow and St Petersburg and significantly closes the gap with the current market leader X5 Retail Group.

The tie-up between Lenta and Billa also strengthens the hand of the company in the two most lucrative retail markets in Russia and will intensify the already fierce competition in the business.

Thanks to the economic slowdown of recent years and eight years of falling incomes, the retail business has been in a pressure cooker. The smaller players are increasingly being forced out and taken over by the biggest companies as the sector consolidates. The two-decade-long race to capture as much market share as possible by opening as many stores as possible came to an end a few years ago. More recently the leading companies have switched their focus from expansion to profitability and have started closing down some of the marginal stores. But a new phase of M&A started in the last two years that will probably end with a handful of champions.

Magnit already made a $1.78bn bid to buy Lenta in April 2019, but was pipped at the post by steel tycoon Alexei Mordashov, who paid $729mn for a 42% stake in the retailer as well as a cash offer to buy out the remaining minority shareholders, scooping up his first asset in the retail sector. Lenta is now positioning itself to take on both Magnit and X5 at least in the markets of Russia’s twin capitals.

Lenta’s CEO Vladimir Sorokin commented on the deal: “The acquisition of Billa Russia’s supermarkets gives us access to mature stores with established customer traffic, including in central Moscow neighbourhoods, and instantly doubles Lenta’s footprint in the supermarket segment in terms of the number of stores overall. Billa’s locations also enable Lenta to further expand its online express delivery offering across all of Moscow, supporting our ambitious plans to significantly grow the online business in the coming years.

“Becoming the second biggest supermarket operator in Russia’s largest and wealthiest metropolitan area represents a significant statement of intent backing up the ambitious strategic goals we announced at our recent Capital Markets Day. In addition, this acquisition demonstrates our commitment to continue playing an active role in the development of the grocery retail sector,” Sorokin said in the press release.

Billa Russia brings over 5,400 staff to the combined business and Lenta plans to integrate the 161 newly acquired supermarkets, supply chain infrastructure and Billa Russia employees into the Lenta retail network, the company said.

“Once the stores have been converted to the Lenta brand, the Billa brand will be discontinued within Russia,” the company said. Magnit has a similar plan and will maintain the Dixy brand for the meantime, but eventually will merge the two businesses completely.

Billa currently operates supermarkets with a total selling space of 138,051 square metres, the vast majority of them in Moscow and the Moscow region, as well as a distribution centre in Bykovo in the Moscow Region.

The transaction is expected to close in Summer 2021, subject to regulatory approvals from the Russian Federal Antimonopoly Service (FAS).