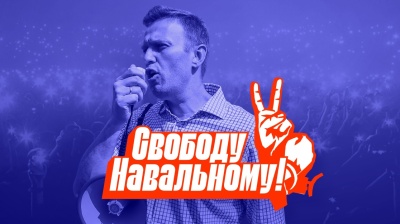 Prosecutors had previously asked a Moscow City Court to brand opposition leader’s Foundation for Fighting Corruption and its network of regional offices as ‘extremist’ groups.

Navalny was arrested and jailed in January for parole violations, on charges he claims were politically motivated. His deputies prophylactically closed down the organisation well ahead of today’s decision in order to not expose staff and volunteers to criminal charges that can be applied to anyone associated with the organisation following the ruling.

The ruling comes as part of a general crackdown on dissent in Russia ahead of the September key Duma elections. While President Vladimir Putin has been running what commentator Mark Galeotti dubbed “repression-lite” for most of his first two terms in office, since Navalny returned to Russia at the start of this year the gloves have come off and a string of opposition figures have been arrested and independent media outlets closed down.

The growing tension has unsettled the population. A new poll by independent pollster the Levada Center found the propensity to protest has dropped off markedly in May.

The expectation of protest with political demands has fallen from 45% in January to 28% in May, although the number of those that said they would participate in them if they happened has risen by 1pp from 15% to 16%.

Likewise, the expectation of protest with economic demands also fell from 43% to 30% in the same period but the number of those would participate if they happened increased from 17% to 21% over the same period.

Separately, another poll from Levada released this week found that just under half (48%) of young people aged 18-22 would leave the country for another country permanently if they could.

The Moscow City Court’s ruling on June 9, effective immediately, represents a significant scaling up of the stakes by the Kremlin. It prevents people associated with Navalny’s Foundation for Fighting Corruption and his sprawling network of regional offices across Russia from seeking public office. It also means that activists who have worked with the organisations, anyone who has donated to them, and even those who have simply shared the groups’ materials, could be prosecuted and receive lengthy prison terms.

“The new Levada survey shows how scare tactics affected the mood in Russia: as opposed to January when more than 40% expected protests even as readiness to participate dropped, now significantly less people expect political or economic protests,” said bne IntelliNews commentator András Tóth-Czifra in a tweet. “This matters, because it suggests that more people believe (for a reason) that others are afraid to voice dissent. Also, close to 60% even of those who are critical of Putin say they wouldn't participate in political or social protests.”