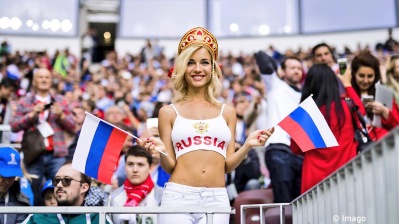 Russia has jumped to 14th position in the Brand Finance Nation Brands 2019 ranking, up from 18th last year, after recording a solid 16% growth in brand value to $960bn, says Brand Finance in a report.

Globally, developing economies have seen 30 times faster nation brand value growth over the past year than developed ones, according to the latest report by Brand Finance, the world’s leading independent brand valuation consultancy.

Nation brand values of most developed economies have contracted or stagnated year on year. Japan is a notable exception with 26% growth, but even so – it is only the 15th fastest-growing nation brand this year, behind many developing African, Middle Eastern, Asian, and Latin American nation brands. Consistently with previous years’ trends, 11 out of the 20 fastest-growing nation brands of 2019 come from the Middle East and Africa, with Ghana (up 67%), Uganda (up 56%), and Egypt (up 50%) in the top 5.

David Haigh, CEO of Brand Finance, commented: “With the Western world seeing a real crisis of leadership on both sides of the Atlantic, the developing world is catching up. Bolder, more agile, increasingly innovative African, Middle Eastern, Asian, and Latin American nation brands are racing ahead at breakneck speed, poised for further growth in the years to come.”

Claiming second position, China continues to grow at a very healthy rate, recording an impressive 40% increase in brand value to US$19.5 trillion. Building on its solid performance in previous years, China is closing the gap behind long-standing leader the US, which has recorded a brand value growth of just 7% over the past year. The difference in value between the two nation brands has dropped from US$12 trillion last year to just over US$8 trillion in 2019.

Although there were no new entrants to the club, India (up 19% to US$2.6 trillion) has made the largest jump within the top 10 – from 9th to 7th position. The economy was quick to recover after the global financial crisis, with growth now reduced by a recent slowdown in both the manufacturing and construction sectors. The Indian government has launched several initiatives to try and boost the nation’s exposure on the world stage, including ‘Make in India’ and the Swachh Bharat mission.

Turkey has recorded a remarkable turnaround from its performance in 2018, going from a loss of almost a third of its nation brand value, to this year leaping up 47% to US$560 billion. The nation is back on track following a recession and the sharp fall in value of the lira, which tainted the economy in the second half of 2018. Turkey has the opportunity to thrive with the advantage of the youngest and fastest-growing population in Europe, as well as looser monetary policies currently in place. Continued geopolitical tensions, however, could potentially blight this improvement.

Singapore has retained its title of the world’s strongest nation brand, earning the elite AAA+ rating and a Brand Strength Index (BSI) score of 90.5 out of 100. Although this is a slight drop from 2018, Singapore is the only nation in the ranking to record a BSI over 90.