Russian banks climb back into profit 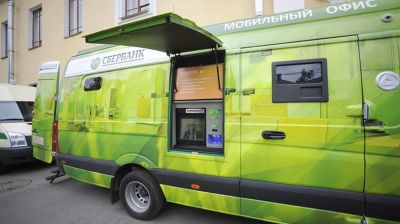 After two years of simply surviving, Russia’s banking sector is starting to make money again. The aggregate profit of the sector may exceed the Central Bank of Russia (CBR) forecast of RUB500bn ($7.9bn) in 2016, the regulator’s governor Elvira Nabiullina told reporters on the sidelines of the summit in China on July 25, reports RBC.

“At the beginning of the year we forecast profits of RUB500bn for the sector. We think that that was a conservative estimate. Let’s see, maybe we will greater profits,” Nabiullina said.

The profit recovery of the banks is due to the increase in interest income, the governor added.

“For me it is very important that the profits are not restored through the deployment of their capital. Banks created 1.5 times less reserves than last year in the first half of 2016,” she said.

Economic Development Minister Alexei Ulyukayev is also upbeat on the outlook for the banking sector, anticipating aggregate profits of RUB500bn to as much as RUB1 trillion this year.

Russian banks earned RUB360bn in the first half of 2016, compared with RUB51bn for the same period a year earlier, almost all of which was earned by Sberbank alone.

In 2015, the profit of Russian banks fell three-fold to a total of RUB192bn, thanks to falling interest income and growth in reserves needed to deal with rising non-performing loans (NLPs), which were up by a third (33.4%), or RUB1.4 trillion. NPLs are currently at all-time highs, although they remain at manageable levels of 6.6% for corporate loans and 8.6% for retail loans.

The data was positive with respect to lending activity, the revival of which was somewhat more pronounced than in previous months. In particular, retail loans grew by almost 1% after many months of flattish/contracting performance. Although we do not yet have a breakdown of retail loans, it looks like their growth might not have been driven by mortgages alone but consumer lending as well. On a sobering note, profitability was not particularly strong as, excluding Sberbank, the rest of the sector earned just RUB7bn in August.

Banks are making money again. The sector’s total pre-tax income for January-August 2016 was RUB532bn vs. RUB76bn for the same period in 2015. The sector generated RUB73bn EBT in August, RUB66bn of which, however, was attributable to Sberbank. For the first eight months of this year the tally was RUB53bn, RUB415bn of which was generated by Sberbank alone.

But the reported statistics look unimpressive overall. The sector’s pre-tax income is starting to decline after reaching a record level in June. This is likely the result of higher provisions, driven by rising corporate overdues.

ROAE is back to low single-digits net of Sberbank. The sector’s pre-tax income amounted to RUB73bn for the month. Sberbank’s contribution this time climbed to almost 90% of these earnings, meaning that for the rest of the sector ROAE returned to low single-digit territory, after topping 10% in June and July (which we doubted could be sustainable).

Following mild ruble appreciation of 3% in August, the loan book contracted 0.5% in nominal terms. In FX-adjusted terms, however, growth was registered in both retail loans (by 0.8% month-on-month) — so far the best month this year — and corporate loans (by 0.5% m/m). As a result, YTD growth in corporate loans totaled 1.9% in FX-adjusted terms, while retail loans grew 0.3%.

CBR funding, in light of the ongoing favourable liquidity situation, fell further, to 3% of liabilities (vs. 3.4% in July).

Overdue ratios still not declining. The overdue loan ratio, which counts only the overdue portion of a loan, was flat in the retail segment, at 8.6%, and rose among corporate loans, from 6.8% to 7.1%.

In mid-July 2016, the average rate on deposits in the ten largest banks in Russia fell below 9% — the lowest level since mid-June 2014. After the CBR raised its key interest rate to 17% at the end of last year the largest banks hiked rates and offered customers with deposits interest rates above 15% per annum.

The profitability of Russian banks has improved after their net interest margins widened in over the year from 5.19% in January to 8.85 as of July. At the same time, the capital adequacy ratio of banks improved as the year wore on rising to close to 13%, above the 10% mandatory minimum banks must maintain. But as corporate deposits fell again more recently banks have had to dip into their capital again to fund lending and the CAR has fallen back to around 12% for the sector.

This article is an excert from the bne IntelliNews monthly Russian report that will relaunch in October. You can find all our reports here.