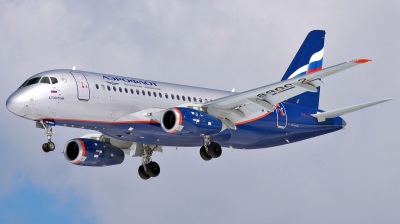 Russian aviation agency Rosaviatsia recommended Russian carriers using foreign-registered or leased jets to suspend all flights abroad as of March 6, and all flights from abroad to Russia as of March 8, due to high risks of the arrest and confiscation of aircraft, Interfax reported. As of now the country is effectively cut off from international air travel.

As analysed by bne IntelliNews, the Russian airlines and the aircraft industries are expected to be severely damaged by a triple whammy of airspace closures, bans on sales and leasing of foreign jets, and bans on imports of crucial technical components for building the domestic jets.

As of mid-February 2022 Russia's largest carriers operated 491 jets from Airbus, Boeing and Embraer, carrying 80mn people, or 72% of total passenger turnover. Following the sanctions on Russia's military invasion of Ukraine, Boeing, Airbus and the largest leasing companies announced terminating their co-operation with all Russian airlines.

Russia's largest airlines – national air carrier Aeroflot, the private S7 Group and Aeroflot's low-cost subsidiary Pobeda – have already announced suspending flights abroad. A jet operated by Urals Airlines was detained in Dubai for a paperwork check on March 4. Another flight by Urals was detained in Egypt, and all passengers were disembarked. The carrier has suspended flights to Armenia, Azerbaijan, Israel and the UAE until March 26.

In the meantime, RBC business portal reported, citing unnamed sources, that top managers of Russian carriers (Aeroflot, S7, Urals, and Utair) at a meeting with the Deputy Transportation Minister Igor Chalik on February 28 had discussed the option of nationalising Airbus and Boeing jets to keep them in the domestic fleet.

Reportedly, the Transportation Ministry is in favour of nationalisation, but the final decision has not yet been taken. At the same time, industry experts told RBC that nationalised jets would remain operational for no longer than six months should the servicing and component supplies be blocked.

The Bell wrote on March 5 that most Russian airlines had been notified by European leasing companies that reinsurance contracts on their fleets are being terminated, which means a de-facto ban on operating the fleet. The leading providers of Pobeda reportedly refused to reinsure its fleet with the domestic central bank-backed Russian National Reinsurance Company (RNPK).

In this extremely negative news environment, the head of Pobeda, Andrei Kalmykov, and director Konstantin Tarasov quit the company, according to RBC. As followed by bne IntelliNews, Pobeda was the fastest-growing asset of Aeroflot and the backbone of its strategy and investment case.

RBC and Kommersant daily also reported the resignation of Aeroflot's CEO Mikhail Poluboyarinov, which was denied by the press service of Aeroflot.

Since 2018 the Russian government's six-year strategy for air transportation has been fostering regional interconnectivity through a combination of regional air hubs and domestic discounters and regional airlines, that would potentially fly more domestic medium-haul jets such as Sukhoi SuperJet 100 or MS-21.

This strategy now is likely to be seriously undermined if the EU and US sectoral sanctions cut out the imports of crucial components for building domestic jets, while at the same time blocking the carriers from leasing or purchasing domestic jets.

Reports also suggested that the Transportation Ministry could adopt a number of urgent anti-sanction measures to facilitate the exploitation of the domestic jet fleet, yet these would carry serious safety risks. This includes expanding the number of licensees for the technical check-up of the aircraft and extending the expired safety licences by six months.

To remind, the reputation of Russian Sukhoi SuperJet 100 produced by the sanctioned Sukhoi Civil Aircraft was already dogged by technical problems, both in Russia and abroad. Aeroflot is the biggest operator of SSJs.