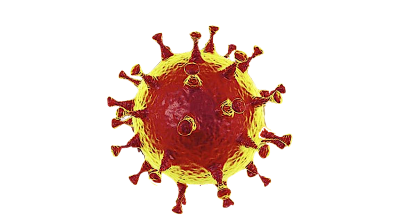 The efficacy of Russia’s Sputnik V vaccine is 92%, according to preliminary data, the authorities announced on November 11, a day after the US firm Pfizer announced it had developed a vaccine that is 90% effective.

In what appears to be a rather blatant attempt at one-upmanship, the researchers that developed the Russian virus responded the Pfizer announcement that caused stock markets around the world to rally, including the Russian market, by releasing some of the results from its phase III trials that are currently ongoing. Shares in Zoom fell by 20% and those of Netflix by 7%.

From a trial of 16,000 people there were 20 confirmed coronavirus (COVID-19) cases split between individuals vaccinated with Sputnik V and those who received the placebo. The Sputnik V vaccine, developed at the National Research Centre for Epidemiology and Microbiology in Moscow, is currently going through phase III clinical trials in Belarus, UAE, Venezuela and India.

Alexander Gintsburg, director of Moscow's Gamaleya Research Centre, said Sputnik V would soon be available for a wider population and "lead to an eventual decrease in COVID-19 infection rates, first in Russia, then globally". Mass production is due to start about now and the plan is to release the vaccine to the general public early next year.

Currently 40,000 volunteers are taking part in the Russian double-blind, randomised, placebo-controlled Phase III of clinical trials, out of which over 20,000 have been vaccinated with the first of two doses of the vaccine and more than 16,000 that have received both shots.

The Sputnik V vaccine was registered on August 11, and as part of civil circulation, outside clinical trials, at least 10,000 more people were vaccinated with it, including doctors in high risk situations and the staff at RT, as well as other groups at increased risk of the disease. The developer of the vaccine says that this group also shows the vaccine is 90% effective, although these results are not formally confirmed.

Pfizer’s results are based on a study of 43,500 volunteers that have received its single shot.

Despite the apparent rivalry, Kirill Dmitriev, the head of the Russian Direct Investment Fund (RDIF) that has financed much of the research into the vaccine, released a statement praising Pfizer’s success.

“We welcome successful interim results of Pfizer and BioNtech vaccine published today. Our strong belief is that the world needs a large portfolio of successful vaccines based on different platforms. We also expect to publish interim efficacy data of Sputnik V clinical trials in November,” Dmitriev said.

Sputnik V did not cause the same reaction when its initial positive results were released. Critics have said the Russians rushed through approval of the vaccine and claimed the vaccine was effective too soon and before sufficient testing had been carried out.

Later the veracity of results that were released was questioned. A group of international doctors have written to the British medical magazine The Lancet, raising questions about the veracity of data presented in a recent paper that showed Russia's Sputnik V vaccine was “100% effective” in Phase II trials. As bne IntelliNews  reported at the time, the science behind Sputnik V is sound, but the supporting data was thin on the ground.

More doubts were raised after three Russian medical workers contracted the coronavirus despite being inoculated, although some experts explained this away by saying the vaccine takes some time to work and the workers may have caught the virus in the intermediate period.

In September the Russian authorities said they were rushing a second vaccine through the registration process.

However, the criticism of Sputnik V has begun to fade somewhat as more test data is released. Nevertheless, the Russian vaccine still faces some major hurdles. There is a lot of money at stake too, as the global coronavirus vaccine market is worth somewhere between $25bn and $100bn according to various reports. Dmitriev has said he thinks the Russian vaccine would capture up to a third of this market and Russia has already received orders for 1.2bn doses of Sputnik V from over 50 countries.

“Russia's vaccine has two issues: Low international trust (for good reasons, after the highly politicised "first registration" in August), and tiny production capacities. As a result, Russia will have to rely on foreign vaccines to end the COVID-19 pandemic,” tweeted Janis Kluge, an analyst with the German Institute for international and Security Affairs.

The RDIF has said that it is currently investing into production facilities and will be able to produce 30mn doses by the end of this year and up to 200mn does a year starting in 2021, but sceptics are less sure, and according to Russian local media reports the effort to build the production lines have already run into trouble.

Hundreds of vaccines are in development and around a dozen are in the final stages of testing – the Sputnik, Pfizer and Oxford vaccines are three of the leading contenders for becoming the working vaccines against the pandemic.

The next vaccine candidate to announce interim results is the American Moderna, which is also due to provide interim data on its vaccine this month. Over the year, the company's capitalisation has already grown by 280%, or $24bn.