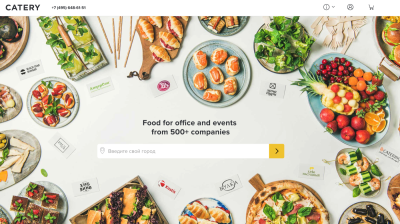 This Moscow-based catering startup, launched in 2016, organizes deliveries to corporate clients. It operates in Moscow, St. Petersburg, Kazan, Rostov-upon-Don and Nizhny Novgorod, based on partnerships with more than 500 restaurants.

According to a Catery representative, cited by business daily Kommersant, the deal also involved “a pool of foreign investors, including Bill Franke.”

Franke is the managing partner of Indigo Partners, a major US fund, which has invested in a range of airline companies across the world, including Avianova in Russia.

Franke could not be reached to confirm the information, but Kommersant saw his name in official Russian and Cypriot company registries. According to this official information, Gazprom Media owns a 14.6% stake in the company, while Bill Franke has 3%.

According to Catery, cited by Kommersant, the Russian catering market amounts to some $1.2bn per year.