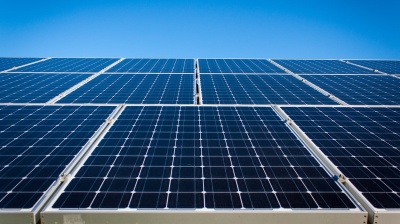 Russia’s next phase of renewable energy development looks like it won’t be as well-funded by the state as planned. That said, the announced cuts could have been worse, and corporates are stepping up plans to mitigate carbon, reports NEO.

The government is likely to cut its budget supporting renewables development by 22% to RUB313bn ($4.2bn) from 2025-2035, Russia’s Kommersant newspaper reported, citing people familiar with the matter. The Energy Ministry defended the programme from greater cuts sought by the Economy Ministry, according to the report.

Russia, the world’s largest energy exporter, is currently swimming in a surplus of petroleum owing to the pandemic having slashed demand worldwide. Russia’s massive energy surplus, ranging from nuclear to oil to coal, is well known. The fact that it even has a renewables programme is viewed by some as a minor miracle.

Yet the programme has its practical purposes. It develops localised equipment, creating manufacturing jobs, which plug into the global renewables boom. And there are gaps in the power grid across Russia’s massive 11 time zones where renewables can generate power competitively.

So wind and solar may have taken a hit, but Russian corporations themselves are pushing sustainability. Most recently, Sibur, Russia’s largest petrochemical company and a leader in ESG, announced it will support a carbon monitoring project in Tyumen, a core Siberian oil production region. Sibur aggregates and processes by-product gas at oilfields, which companies were otherwise burning off. Sibur was ranked 8th in a Forbes list of Russia’s 30 most eco-friendly companies published last month.

The carbon monitoring centre will be part of a national network and will monitor emission levels and research potential biological solutions, such as enhanced forestry management, that can increase CO2 removal and offset human emissions. The network of stations will observe the effectiveness of these techniques, with feedback used to improve and influence strategies at either a regional or national level. The research is essential to gaining an accurate assessment of Russia’s overall CO2 capacity, according to Dmitry Konov, chairman of the management board at Sibur Holding.

As a country dominated by heavy industry, Russia has long been one of the world’s largest CO2 emitters, lagging behind only China, the United States and India. Its natural resource riches also make it difficult politically and economically to diversify the economy away from heavy extractive industries.

Despite this, there are clear signs that both the public and private sectors are starting to act. In February, the regional government of the Russian island of Sakhalin announced plans to hit net-zero emissions by 2025. Its plan to set up an emissions trading scheme has been greenlighted by the Kremlin in what is seen as a trial run that, if successful, could be rolled out across other regions of the country.

NordGold, an international mining company operating in Russia, has taken its own steps to make its business more environmentally friendly. The company committed itself to achieving net-zero CO2 emissions by 2050, in a March 18 announcement.

Russia will likely cut funding for new renewables generation, yet by less than some had sought. And in truth, expectations for renewables in Russia are pretty marginal. Yet corporates continue to make steps in sustainability, with or without government help. There is much more to be done to tackle emissions in Russia, but there are plenty of encouraging signs.