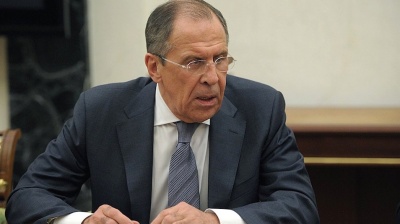 Russia has been taking a hard line with the West since the start of this year and is no longer willing to compromise. Russian Foreign Minister Sergei Lavrov threatened to break off diplomatic ties with the EU earlier this year and now has broken them with Nato after it expelled several diplomats. / wiki
By bne IntelliNews October 19, 2021

Russia said it would halt the activities of its diplomatic mission to Nato after the Western military alliance expelled eight Russians on October 6 from its headquarters, claiming they were spies.

Foreign Minister Sergei Lavrov also said staff at Nato's military mission in Moscow would be stripped of their accreditation from November 1, and the alliance's information office in the Russian capital would be closed.

"If Nato members have any urgent matters, they can contact our ambassador in Belgium on these questions," Lavrov told a news conference as cited by Reuters.

The Kremlin has taken a harder line in its international relations since the start of this year, when Lavrov laid out new rules of the game in a speech that said Russia would not accept the dual policy of sanctions attacks on one hand and co-operation in things like business on the other.

The policy was launched by humiliating European Union's top diplomat Josep Borrell during his visit to Moscow in February when three European diplomats were expelled while Lavrov was in a meeting with him.

Lavrov went on to say Russia was willing to break off diplomatic relations with the EU if it persisted in trying to interfere in Russia’s domestic affairs.

The break with Nato comes after there were hopes of some sort of rapprochement after Russian President Vladimir Putin and US President Joe Biden met in Geneva on June 16 and appeared to strike a pragmatic compromise where Russia and the US could become “frienemies”, co-operating on issues of mutual interest like arms controls and the fight against international terrorism, but would agree to disagree on things like Russia’s authoritarian regime. 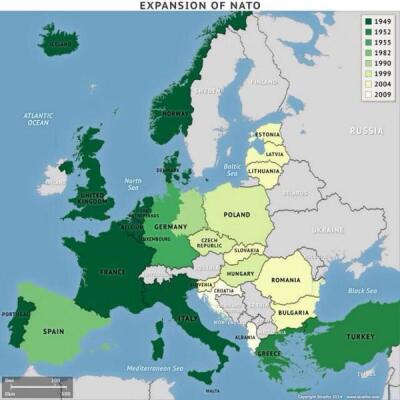 Roots of the split

The breakdown in diplomatic ties comes as no real surprise, as relations with Nato have been in terminal decline for years.

While tension between Nato and Russia escalated dramatically following Russia’s annexation of the Crimea in 2014 and the outbreak of an undeclared war in the Ukraine’s western Donbas region, the Russian side has long complained that Nato broke promises made to Mikhail Gorbachev in the last years of the Soviet Union that Nato would not expand “one inch” to the east.

Putin reiterated these claims at his famous speech at the Munich Security Conference in 2007 and has been more recently vindicated by declassified embassy cables and other Western documents that confirm the promises were made verbally to Gorbachev by multiple Western leaders, including US Secretary of State James Baker and German chancellor Helmut Kohl, although nothing was ever put in writing.

From the Russian perspective the show-down with the West started even earlier in 2003, when the US unilaterally withdrew from the ABM missile treaty, a key Cold War security agreement that limits the deployment of short-range missiles.

Putin highlighted the US decision to pull out of the ABM treaty as a key problem only last week while being interviewed by a US journalist during the Russian Energy Week, which Putin said had set off an arms race between the US and Russia.

"The arms race is on the march, unfortunately. And it has started after the US withdrawal from the ABM Treaty," the Russian president said as cited by Tass.

Putin said in 2003 that he had urged the US not to withdraw from the ABM Treaty. "This is a fundamental thing, the cornerstone of global security. What is the ABM Treaty? This is not just protection, it is an attempt to gain strategic advantages by de-energising the nuclear potential of a probable opponent, that is, ours," the Russian leader pointed out.

That was followed by the US-led “missile shield” in Europe to protect the EU from attacks by “rogue states” with North Korean long-range missiles being named as one threat. However, missiles were then deployed in Romania and Poland just across the border from Russia’s western military district.

Military analysts have argued that Russia’s decision to take control of the Crimea was partly to ensure the western-leaning Ukraine would not fall under the influence of Nato and to secure the large naval and troop bases in Crimea that Russia has long rented from Ukraine that also secures the southern flank of the western military district, now threatened by Nato missiles in Romania and Poland.  As bne IntelliNews has reported, Russia has already been re-establishing itself in the Mediterranean after being almost entirely absent for two decades.

It was hoped that the Geneva summit could cap the gradual military escalation. Putin also announced last week that Russia’s new class of hypersonic missiles that can evade tradition anti-missile defences have just gone into service with Russia’s military, and China also stunned the US intelligence community by testing a similar hypersonic missile that circled the globe once before homing in on its target.

Biden made the gesture by agreeing to renew the START III treaty during his first week in office, another key Cold War missile security agreement, and said from the outset that he was willing to discuss restarting some of the other agreements.

Now relations have gone sour again. Moscow said that Nato’s decision to expel its diplomats from Nato earlier this month undermined hopes that relations with the US-led alliance could normalise.

"NATO is not interested in equitable dialogue and joint work," Lavrov said on October 18, announcing the closure of the Russian mission. "If that's the case, then we don't see the need to keep pretending that changes in the foreseeable future are possible."

"It's more than just regrettable, this decision taken in Moscow," he said. "It will seriously damage the relationship."