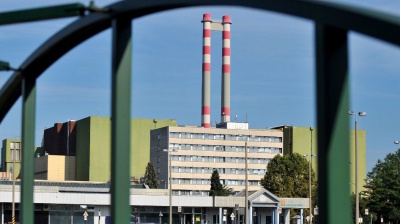 Russian nuclear company Rosatom has reportedly informed the Russian government of the company’s intention to pull out of the expansion of the Paks nuclear project on the grounds of force majeure, according to 24.hu, which cited Russian sources quoting Alexey Likhachev, Rosatom CEO.

The Paks expansion, the largest ever investment in Hungary, requires Russian state atomic energy group Rosatom build two new reactors for €12.5bn based on an intergovernmental agreement in 2014. Russia is providing a €10bn loan to finance 80% of the costs.

According to sources, Russia is no longer pushing the investment, which could be hampered by the impacts of sanctions. No further details were known.

Minister without portfolio in charge of the project expansion, Janos Suli, did not respond to questions about the news.

Rosatom Central Europe’s Hungarian CEO Zalan Bacs denied the report. The implementation of the Paks 2 project will continue according to schedule and Rosatom is fully fulfilling its contractual obligations under the Russian-Hungarian intergovernmental loan agreement, including securing the financing of the project, he added.

Rosatom's headquarters also denied the reports and said the project was continuing as planned.

“Rosatom didn’t send any letters to the Hungarian Government concerning its intention to withdraw from Paks-2 project execution. Such information, which was shared in some Hungarian media yesterday, is false,” a Rosatom spokesperson told bne IntelliNews in an emailed statement.

Hungary took out a €10bn loan from Vneshekonombank (VEB), but due to sanctions the Russian lender can’t carry out the transactions to state development bank MFB. To circumvent it, VEB is to transfer the loans through Rosatom on Russian territory, Bacs said.

The project is already years behind schedule, as Hungarian nuclear watchdog OAH has yet to give the final permit due to safety concerns. There seem to be compliance problems with Rosatom’s VVER-1200 reactors, experts said.

Earlier this month, Likhachev said work on the upgrade of the nuclear power plant is "proceeding according to plan" and plant would go operational in 2029-2030.

The nuclear project, in general, is not dead yet, but Rosatom’s leeway is limited given the sanctions, and the war in Ukraine, Attila Aszodi, the former state secretary in charge of the project told local media. He also stressed that Hungary has struck a good deal, a fixed-price turnkey project. If for any reason the Russians overshoot the budget, they bear the risks, he added.

Other analysts forecast that even if Hungary sticks with Rosatom for Paks 2, the project still would be under immense risks as Western companies would probably refrain from cooperating on a grand project with a Russian contractor. GE Hungary, a subsidiary of General Electric, won a €793mn contract to manufacture and supply the turbines for two new blocks in 2018.

The government maintains that Hungary needs nuclear energy for the security of supply and to meet its climate policy goals. By 2030 some 90% of the country’s electricity production could be carbon-free.

Paks accounts for half of Hungary's electricity production.

First official results from Bosnian elections put nationalists ahead after exit polls predicted losses
19 hours ago
Georgian MPs want to rid the country of oligarchs, but not all of them
19 hours ago
Hungary agrees on deferred payments with Gazprom for winter gas deliveries
19 hours ago
US sanctions Russia’s CBR head Nabiullina and other officials
20 hours ago
Russia prepares for new attacks against Ukraine from Belarusian territory
20 hours ago