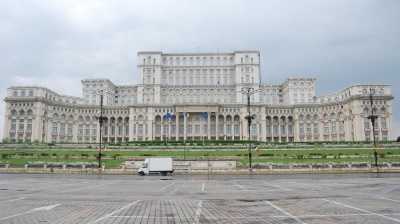 If enforced, the law will complicate the long-awaited listing of energy producer Hidroelectrica, the most valuable state company, among others.

The bill was passed with 199 votes in favour, 89 against and three abstentions. The vice-president of the ruling National Liberal Party (PNL), Florin Roman, announced that the Liberals will challenge the law through the Constitutional Court. Investors and analysts have criticised the law for its major adverse effects.

The PSD, the biggest opposition force in Romania — which de facto controls the parliament, initiated the bill to "protect national interests in the economic sector," implying that sales would be carried out at unfairly low prices because of the effects of the coronavirus (COVID-19) induced recession.

“In order to protect the national interests in the economy, it is necessary to prohibit the alienation of any participation of the Romanian state as it is currently held. Obviously, the negative economic effects caused by the state of emergency and the COVID-19 crisis will be prolonged for a longer period than that strictly related to the duration of the state of emergency. Therefore, it is necessary for the prohibition measure to operate for a longer period of time,” according to the authors of the bill.

Romania's biggest investment fund Fondul Proprietatea, the association of CFA analysts and the Association of Financial-Banking Analysts in Romania (AAFBR) have all argued against the law.

Listing minority interests in state-owned companies doesn't hurt "the national interests," the CFA and AAFBR argue. On the contrary, it provides a framework in which those companies become more efficient, gain greater visibility for the business environment, and contribute to sustainable economic growth in Romania. “The listing of minority stakes in state-owned companies is and must be a priority for three reasons: the development of the capital market by listing new companies, increasing the performance of these companies as a result of corporate governance requirements and additional revenues to the state budget," reads a joint statement from the two associations.

Separately, Fondul Proprietatea's manager Franklin Templeton, in a letter issued before the vote in the Chamber of Deputies, urged lawmakers to analyse the potential adverse effects and to reject the draft bill. Fondul Proprietatea holds a 20% stake in Hidroelectrica and other state companies and is directly interested in seeing the companies' shares trading on the stock market.

Franklin Templeton outlined a list of negative effects of the law, arguing that Romania's country risk would increase, resulting in higher financing costs for the finance ministry.