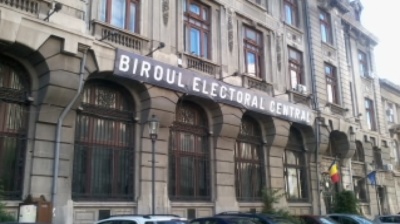 Romania’s largest party, the Social Democratic Party (PSD), is the winner of the elections in the country’s capital Bucharest, taking the city hall mayor post, as well as the six district mayor positions, according to preliminary results.

However, the biggest surprise of the June 5 elections was the score achieved by the newly-formed party Save Bucharest Association (USB). The USB candidate, Nicusor Dan, a mathematician and NGO activist, came second in the race for the Bucharest city hall mayor post with 30.5% backing, while its Clotilde Armand is neck and neck with a PSD candidate for the mayor position in district 1, according to Digi24 television news channel.

The elections for Bucharest city hall were won by Gabriela Firea, a former journalist, who was backed by 42.9% of voters. Results from across the country are still coming in, but again the PSD seems to have prevailed.

The huge PSD victory in Bucharest, a city where traditionally centre-right parties used to obtain good results, was helped by the failure of the main centre-right parties to agree on a single candidate. It could also have been supported by the party’s known ability to mobilise its loyal voters to go to the polls.

Meanwhile, the good result achieved by USB may suggest Romanians’ disappointment with the political class and their hope that a new political party with no involvement in corruption scandals, which financed its campaign through transparent donations, can really bring a change to society. This comes at a moment when the country has taken important steps in fighting high-level corruption. The National Anticorruption Directorate (DNA) has started criminal investigations or has sent to trial a number of former mayors and ministers, including former Prime Minister Victor Ponta of the PSD.

The low turnout in the elections, 33.09% in Bucharest and 48.27% in the whole country, could also suggest disappointment both with the old political parties, as well as with President Klaus Iohannis, whose support has been falling in recent months, and the technocratic government lead by Dacian Ciolos, which has not carried out any major reforms since it took office in November last year.

USB now has the chance to become a real political force in Romania and mount a challenge to the country’s biggest parties, the PSD and the National Liberal Party (PNL), in the general elections, which will take place later this year. In fact, Dan announced shortly after the results of the exit polls were made public that the Save Bucharest Association will become the Save Romania Association and will run in the parliamentary elections.

“We will make no compromise […] We don’t want public positions, we are not doing this for money, we are doing what we are doing for the common welfare, because the current political class has disappointed us so many times, because this could no longer go on,” Dan said, according to wall-street.ro.

The PNL may be considered the biggest loser in the elections for the Bucharest city hall. The result was expected as the party changed its candidate three times, indicating a lack of credible personalities within the party. The defeat suffered in the Bucharest elections, with its candidate for the mayor post coming third, will probably lead to some reaorganisation moves within the party. PNL deputy and former Culture Minister Theodor Paleologu wrote on June 5 on his Facebook page that leaders of the party are to blame for  thePNL’s poor result.

“If the PNL wants to have the chance to count, the party leadership must go. All of it. And none of the authors if this shameful and deserved defeat should be on the Bucharest electoral lists this autumn. Their presence on the lists would be an insult to Bucharest citizens,” Paleologu said.

Catalin Predoiu, who, according to preliminary results, managed to grab only 11.19% of the votes for the Bucharest city hall, announced he would resign from the position of head of the PNL Bucharest organisation if the final results prove his weak result.

While the PNL saw its chances to obtain a good result at the general elections dropping, the PSD saw probably better chances of returning to power in the autumn.

Ponta and his cabinet resigned in November last year in response to mass demonstrations in Bucharest and other cities, where tens of thousands of Romanians protested against corruption and demanded political reforms. However, it now looks very likely that the PSD could return to power.

There have recently been indications the party may mount a challenge to the technocratic government in a bid to oust it in advance of the autumn general election. Both Ponta and the party’s leader Liviu Dragnea have commented on a possible vote of confidence, with Dragnea saying the PSD is in talks with the Alliance of Liberals and Democrats (ALDE) on the issue.

The majority of Bucharest voters, who decided not to cast their vote, were either undecided or too disappointed by the political establishment. This, however, comes at odds with the huge protests organized in Bucharest last autumn when the population who took to the streets seemed resolved not to accept any compromise and to really fight against corruption and corrupt politicians.

Lia Olguta Vasilescu, a PSD vice president currently under criminal investigation on suspicion of bribe taking, money laundering and influence trafficking, has won another mandate as mayor of Craiova city with more than 60% backing.

Overall, the local elections results suggest the appearance of a new political force in Romania, the USB, and a possible comeback of a PSD-led government after the general elections, one year after it was ousted by mass protests which pointed to the corruption of the Romanian political class.