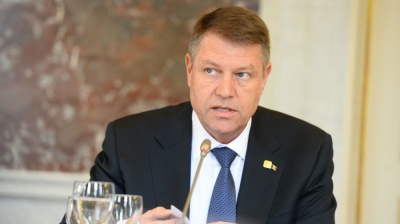 President Klaus Iohannis is leading, as expected, in the first round of Romania’s presidential elections held on November 10.

He is widely expected to win re-election for a second term in the run-off on November 24, when he will face recently ousted prime minister Viorica Dancila, the candidate for the Social Democratic Party (PSD).

Iohannis is on 36.5% of the votes, after the votes in 98% of the polling stations not including diaspora voters were counted. Including the votes from abroad, his score might approach 40%, but even so it lags behind the latest polls carried out before the elections which showed support of above 40%.

Nonetheless, Iohannis made a confident statement on Facebook in the early hours of November 11.

“Dear Romanians, victory! We have managed to defeat the PSD, more than ever in the last 30 years,” the president wrote. “Millions of Romanians in the country and diaspora voted for our project — for a normal Romania and to continue the important process of changing Romania for the better. I thank all those who gave me their trust, liberals, but also right-wingers and those who do not necessarily believe in a particular party, but want what we want, a normal Romania.”

The turnout in the country was the weakest among all presidential elections held over the past three decades at just 47.7%. However, voting abroad was very active as the millions of Romanians living abroad were given three days to cast their votes.

The clear lead for Iohannis going into the second round will benefit Romania’s new Prime Minister Ludovic Orban whose centre-right National Liberal Party (PNL) backed Iohannis for the presidency. Orban is leading a somewhat shaky coalition of several opposition parties.

“Based on this Sunday vote structure Mr. Iohannis has a good chance to reclaim the president’s mandate. The outcome of the first round has been largely predictable so Romania's financial market is unlikely to react to the result,” wrote Raiffeisen analysts in a note on November 11.

Dancila appears set to make it to the second round, which will be a straightforward contest between the candidates of Romania’s main centre-right and centre-left parties. While she is trailing Iohannis on 23.8% of the vote, this is a better score for Dancila that predicted in the pre-election polls.

Still, as the voters for the third placed candidate Dan Barna and those who supported some of the other candidates are expected to back Iohannis in the second round, Dancila is likely to be defeated, but making it to the second ballot is still a performance likely to keep her at the helm of the PSD.

In third place comes Dan Barna (13.9%), the head of Save Romania Union, who is no doubt disappointed to have been surpassed by Dancila, who was dismissed from her post in a no-confidence vote a couple of weeks before the elections. He, in principle, will benefit the most from the diaspora votes, but this will not be enough to push him into second place.

In fourth place, actor Mircea Diaconu, supported by Pro Romania and the Alliance of Liberals and Democrats (Alde), received 9.2% of the votes.