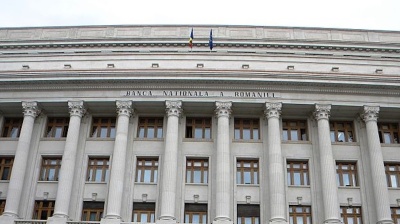 National Bank of Romania (BNR) confirmed its dovish stance with a modest rate increase.
By Iulian Ernst in Bucharest November 9, 2022

The National Bank of Romania (BNR) hiked the refinancing rate by 50bp to 6.75% at its board meeting on November 8.

This was in line with analysts’ expectations revealed by a Bloomberg survey. The moderate step — some analysts were not ruling out a 75bp rate hike — leaves the door open for another increase in early January, depending on developments in terms of inflation and economic growth.

By the moderate step on November 8, the BNR confirmed its dovish stance based on the view that more costly financing would hurt the economy more than tame exogenous-driven inflation.

However, it admitted that the CORE-2 inflation continued to climb at a sustained, faster-than-expected pace in Q3, to 11.9% y/y in September from 9.8% y/y in June.

But this was due “almost entirely to the new rises in processed food prices”, the central bank argued.

The revised quarterly Inflation Report expected for November 14 will shed more light on the BNR’s views as regards the drivers of the headline inflation, while it already announced an upward revision of the inflation trajectory over the forecast period.

Namely, “the annual inflation rate is expected to keep growing mildly towards end-2022 and then embark on a gradual downward path, which is seen declining to one-digit levels in 2024 H1 and steepening afterwards, although remaining slightly above the variation band of the target at the end of the projection horizon.”

While the risks to the inflation outlook tend to be balanced overall, the outlook still depends on government policy. The absorption of EU funds, especially those under the Next Generation EU programme, is important for its impact on overall growth and, separately, major uncertainties and risks are associated with the fiscal policy stance.

Hungary’s GDP growth slows to 4.0% in Q3
23 hours ago
Poll shows only one in five Moldovans happy with their government
23 hours ago
Montenegro’s tourist arrivals almost double y/y in October
23 hours ago
LNG in Europe: ready or not?
23 hours ago
Russia’s GDP at 4.4% decline in October, construction and agro stick out
1 day ago