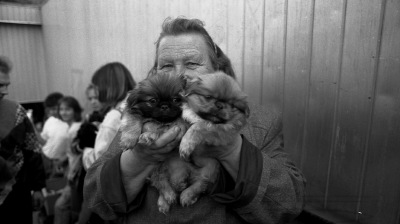 Rising prices and falling savings are currently Russians’ biggest fears, according to the state owned pollster, the Russian Public Opinion Research Centre (VTsIOM). However, another survey found that Russians believe life in 2017 is better than in 2015-2016, the years of the "silent crisis".

Mounting food prices and declining savings topped the ranking of Russians’ fears in the middle of this year. However, the fears of a military conflict with the west has also been rising steadily, the poll found, reports TASS.

VTsIOM found that inflation fears in June grew to 27% compared to the beginning of this year (17% in January), while two years ago this figure was 8%.

Also, the level of Russians’ fears regarding military conflicts was at 20% in June (12% at the beginning of this year). According to Russians’ estimates, the risk of falling incomes due to wage cuts and delays in payments grew as well.

“The figures are getting worse. Fears regarding the level of income, unemployment and internal unrest that used to be fairly moderate are also showing unfavorable dynamics," said Oleg Chernozub, the pollster’s leading expert and consultant, commenting on the results of the survey. "Society’s optimism with respect to overcoming the crisis and maintaining political stability is becoming unsteady."

A seperate survey was more upbeat. Russian citizens believe their personal lives and the situation in the country in 2017 are better than in 2015-2016, according to VTsIOM.

According to Stepan Lvov, head of the pollster’s research department, the first half of 2017 can be described as a period of "steady recovery from the tailspin" that our society found itself in a year ago, reports Tass. "Many indeed thought back then that a streak of bad luck had begun. However, there are no assurances that this summer our citizens will be confident that a way out of a complex situation is guaranteed. The assessments of the current situation are so far not conducive to overcoming the fears of a recurrence in the crisis," he noted.