Renault hands over AvtoVaz to Kremlin for one ruble 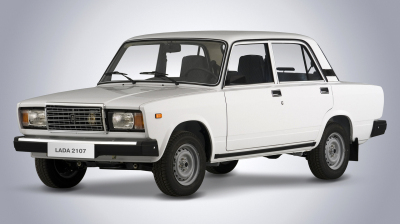 French carmaker is pulling out of Russia after investing billions of dollars into reviving the AvtoVaz plant, the maker of the legendary Lada, currently the best selling car in Russia. / wiki
By bne IntelliNews April 28, 2022

French car maker Renault will transfer its 68% stake in Russia’s largest carmaker AvtoVaz to the state for a symbolic price one ruble and a five-year option to get the asset back, according to the announcement of the Minister of Industry and Trade Denis Manturov. Renault’s fully-owned Moscow-based plant Avtoframos will be transferred to the City of Moscow.

As suggested by bne IntelliNews at the very beginning of Russia's military invasion of Ukraine, the worst-case scenario for the Russian car-making industry is Renault having to pull out its capital from the joint venture with AvtoVaz producing the iconic domestic Lada model and assembling foreign models.

Renault is the Western carmaker with the largest Russian exposure and the AvtoVAZ-Renault-Nissan-Mitsubishi alliance controlled 35.5% of the car market in Russia at the beginning of 2022. Billions of euros of equity injections and the technological know-how from Renault allowed AvtoVaz to turn around from deep losses in 2018 and regain market leadership.

While initially sending mixed signals on the future in Russia, last month Renault caved in to pressure to curtail its presence in Russia amid the latter's military invasion of Ukraine and said it would suspend operations at its plant in Moscow and would “assess the options” on its majority stake in AvtoVaz.

Now Russia’s largest carmaker is effectively becoming state controlled. As foreign businesses and investors flee Russia amid the military invasion of Ukraine, the redistribution of assets left behind will come into focus. French financial group Societe Generale is rushing to sell Russia's 11th largest bank Rosbank before it is too late for as little as 0.2-0.3x the capital.

Kommersant daily claimed that Renault was also negotiating an actual cash sale of its stake in AvtoVaz, but had to settle for asset transfer. However, Manturov still claims that the ministry’s goal is neither to buy or nationalise AvtoVaz, thus hoping for Renault to eventually exercise its option and return. Even if this were to be the case, it is unclear whether in the meantime AvtoVaz will retain the rights to produce the models that were jointly developed with Renault.

Reportedly the stake of Renault will be transferred to NAMI state automotive engineering institute. NAMI together with state technology agency Rostec that holds another 32% in AvtoVaz will now appoint its board and management. Previously TASS claimed citing unnamed sources that Chinese carmakers had made a bid for AvtoVaz, but Manturov denied these reports.

Due to shortages of imported components most Russian car manufacture has effectively stalled and the car market is expected to contract by at least 50% this year. AvtoVaz released all of its staff on vacation from April 4 to 24, and said it would switch to a four-day working week. The carmaker is also scrambling to set up an emergency assembly of a Lada model that would be self-sufficient.

Industry sources told RBC business portal previously that this would be possible for Lada Granta, Lada Largus and Niva Legend models, but with manual transmission only and without ABS, ESP and airbags.