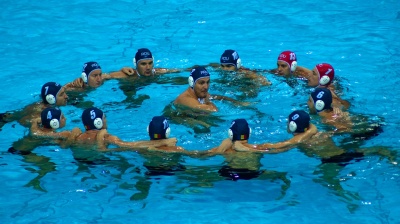 The president of Romania's Olympic Committee (COSR) Alin Petrache announced on August 16 he will resign after an embarrassing scandal erupted over the low quality official outfits of the Romanian delegation to the Olympic Games in Rio.

Complaints over the quality of Romania’s Olympic uniforms have again highlighted problems with corruption in public procurement in Romania. Earlier this year, Romania was rocked by revelations about corruption in healthcare procurement, with substandard disinfectants supplied to hospitals linked to several deaths following the Club Colectiv nightclub fire.

On August 7, investigative journalism website tolo.ro wrote that some Romanian athletes in Rio had complained about the low quality of their official outfits, saying they looked and felt like counterfeits. On August 12, tolo.ro revealed that the company Pax Creative, which provided the Kappa outfit for Rio, was founded by former COSR president Octavian Morariu, now a member of the International Olympic Committee, and the committee’s general secretary Ioan Dobrescu.

Earlier in August, police raided the COSR and took documents regarding the acquisition of the official outfit. Documents were also seized from Pax Creative, according to gsp.ro.

Romania is expected to have its worst performance in 50 years at this year’s Olympic Games, with only four medals won so far. In addition to the disappointing performance, Romanian participants in the games have been humiliated as their uniforms shrank and logos started to fall off.

“As for the poor questionable quality of some of the sports outfits of the Romanian Olympic team, I want to apologise on behalf of myself and the COSR both to the athletes who suffered and to the public,” Petrache said, according to gdp.ro.

“When I return to the country, after the Olympic Games, we will start an internal investigation within the COSR in order to determine who is responsible and what measures should be taken and what sanctions should be applied,” he added.

Morariu has denied accusations about the uniforms, and said that he had left the company.

FLOWX.AI, an enterprise platform that enables banks and financial institutions with complex IT infrastructures to build fast modern digital experiences freed from their legacy infrastructure, ... more