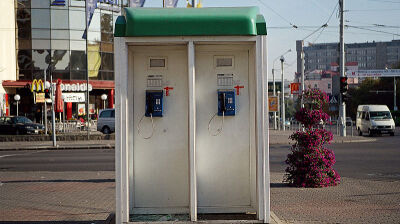 Western investors in Belarus are under heavy pressure, both from their home countries and from the regime in Belarus. IKEA recently came under fire for having used Belarusian suppliers that had received their materials from prison colonies in Belarus. Western sanctions, and fines for breaking them, are putting more pressure on companies. The Belarusian regime is doing everything in its power to hinder Western companies from divesting in Belarus.

The exodus of Western companies from Belarus in the first half of 2022 scared government officials in Minsk. In July, the Belarusian government therefore created a list over 190 companies in Belarus in which investors from “unfriendly countries” were prohibited from selling their stakes. After November 1, new amendments also prohibit the reorganisation of – and withdrawal from – the previously listed 190 companies by investors from “unfriendly countries”.

On November 10, it became known that the Swedish owner of Belarus’ largest network of laboratories was preparing to leave the country. The Swedish company Medicover Holding was preparing to finalise the sales of its stakes in Synevo and Nedvizhimost Vostok in Q4 2022. Only a week after this information reached independent news sources, the Belarusian government expanded its list to include also Synevo and Nedvizhimost Vostok.

Companies not restrained by the Belarusian government’s list or companies from countries not considered "unfriendly" by Minsk continue to leave or reorganise their businesses in Belarus. Chinese telecom giant Huawei is preparing to separate its corporate divisions in Russia and Belarus from the other CIS countries, probably in an attempt to avoid or circumvent future sanctions.

However, some companies are also using the current investor market turmoil to expand their business in Belarus.

On December 12, Turkey’s largest mobile operator Turkcell announced that it had assumed 100% ownership of the shares in the Belarusian telecom operator CJSC Belarusian Telecommunications Network, also known as “life:)” or “CJSC BeST”. Turkcell did this by acquiring the remaining 20% share in CJSC BeST from Belarus’ State Property Committee for $1,165.66/share. Turkcell already owned 80% of the shares in CJSC BeST since 2008 through Beltel Telekomunikasion Hizmetleri AS, which is wholly owned by Turkcell.

Additionally, an investment agreement was also signed between Turkcell, CJSC BeST and Belarus. The agreement obliges Turkcell to invest at least $100mn in developing Belarus’ telecom infrastructure between 2022-2032. Moreover, the agreement stipulates that Turkcell will have to pay an additional $100mn during these 10 years from no more than 50% of CJSC BeST’s annual net profit. If the required indicators are not met by 2032, Turkcell will render a one-time payment to Belarus for the amount of the balance of the payment.

Also planning to expand its business is A1 Telekom Austria Group. Last week, its subsidiary A1 Belarus announced that it had launched RAN Sharing technology across the country. The technology is being used in the 900MHz band for the first time and is aimed at improving network quality in the Brest, Vitebsk and Grodno regions of Belarus without building more base stations. A1 intends to complete the first phase of this project by the end of 2022.

These projects and possible future ones from other companies will mean a lot for Belarus’ economic and infrastructural development in the coming years. They show that although divestment sentiments are currently strong among many Western investors, foreign investments can still continue to flow into the country, and they will likely pick up even more once the region’s geopolitical tensions have cooled down.

Austrian businesses and businessmen have been well established investors in eastern Europe since 1991. If a company such as A1 continues to expand its businesses in the country, Austrian investments could very well begin to comprise a considerable part of Belarus FDI statistics as investors from other Western countries attempt to pull out. A very recent example of Western investors pulling out of Belarus is Siemens, which announced on Saturday that it had begun the process of shutting down its official representative office in Belarus.

Turkcell, also unfazed by the sanctions and geopolitical turmoil surrounding the country, can also be seen as a beacon for future Turkish investments in Belarus, exploiting the void left by Western investors.

Thousands with homes reduced to rubble left stranded in the open in heavy snowfall and subzero temperatures.

Kazakhstan: Swathes of land confiscated from Nazarbayev’s brother ahead of vote
5 hours ago
Jury still out on the effectiveness of the oil price cap scheme on Russian exports
8 hours ago
Turkey numb with shock as fears grow death toll from two giant earthquakes could climb past 20,000
13 hours ago
IMF issues Russian economic growth outlook that is more optimistic than Bank of Russia's
1 day ago
INTERVIEW: Helen Rodwell, head of CMS’ corporate practice in CEE
2 days ago