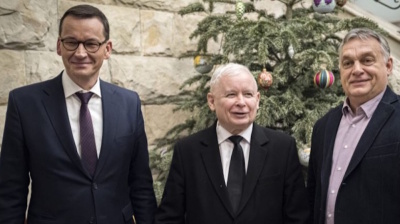 Polish Finance Minister Tadeusz Koscinski resigned from his role on February 7, following a party discussion over the poor handling of a recent tax reform, said a spokeswoman for the government party Law and Justice (PiS) Anita Czerwinska, the state PAP news agency reported.

“At the end of the day, I am the captain, I take responsibility,” Koscinski, a former banker who took over as finance minister in 2019, told the Financial Times.

According to the statement of PiS chair and Deputy Prime Minister Jaroslaw Kaczynski earlier, officials responsible for the tax reform “on the political and semi-political level didn’t quite handle their responsibilities in the right way”. “Maybe it was due to a lack of sufficient qualifications, maybe also due to a lack of goodwill,” he added, as quoted by Polskie Radio.

The "Polish Deal"  is the incumbent rightwing government’s strategy to reinvigorate the economy after the pandemic – and also to boost the ruling coalition ahead of the pivotal general election due in 2023. However, there has been a backlash over the way some of the tax changes made some people less well off.

The Financial Times said that a decision over who replaces Koscinski, a close ally of Morawiecki, will be read as a barometer of the delicate balance of power in the ruling camp.  Among those mentioned as possible successors to Koscinski, Artur Sobon, who was appointed deputy finance minister last month, is seen as the closest to Morawiecki. Two others mentioned as possibilities — Development and Technology Minister Piotr Nowak and Minister of Agriculture and Rural Development Henryk Kowalczyk — are regarded as closer to other factions within government.