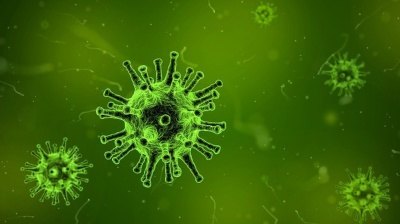 Polish Environment Minister Michal Wos tested positive for the coronavirus (COVID-19), forcing tests for the remainder of the Polish government that participated with the minister in the most recent cabinet sitting.

Wos testing positive and the need to test others led to delaying the March 17 meeting of the government at which details of an aid and stimulus package for the pathogen-stricken economy were to be discussed.

Prime Minister Mateusz Morawiecki, Health Minister Lukasz Szumowski, and a few others who were absent from the sitting did not undergo tests. The tests all came out negative, Szumowski reported later.

The details of the government’s aid and stimulus package are expected on March 18 at the earliest.

Poland remains in partial lockdown aimed at limiting the spread of the coronavirus. Schools and universities are closed, as are most retailers and restaurants while gatherings larger than 50 people are banned. Leaving home is discouraged unless necessary. International flights and train services are suspended and there are checks along the entire length of the Polish borders.

The pandemic’s impact on the economy will most certainly be severe with more forecasts coming out this week with predictions of growth easing to around or below 1%.

A new forecast by Citi Handlowy claims, for example, that Poland’s GDP will expand just 0.9% in 2020 – a reduction of 2pp versus the previous prediction. Most forecasts are slightly more optimistic but do not expect growth faster than 2% in 2020.

But a forecast by Morgan Stanley published today predicts the Polish economy will contract 3.6% in an optimistic scenario. In a pessimistic one, the downturn will be 5.6%, the bank said.

Industries like tourism, transport, and retail are to suffer the most because of the lockdown, pulling down consumption, the longtime driver of economic growth in Poland. Trade is also expected to weaken, if not decline.