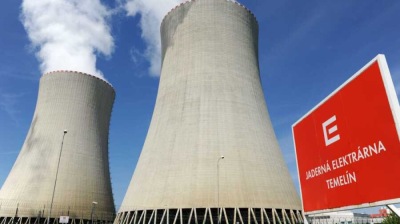 The decision is a major step forward for Poland’s ambitious nuclear power programme, which assumes building four to six reactors between 2026 and the mid-2040s, according to the government’s strategy.

Westinghouse is expected to start construction of the first plant, on a location near the Baltic Sea coast 80 kilometres west of Gdansk, in 2026. The schedule is for the plant to start supplying electricity in 2033.

“A strong Polish-US alliance guarantees the success of our joint initiatives. After talks with [Vice President Kamala] Harris and [Energy Secretary] Jennifer Granholm, we confirm our nuclear energy project will use the reliable, safe technology of Westinghouse Electrict,” Morawiecki said in a tweet.

The PM added that the official decision would come on November 2.

“US partnership on this project is advantageous for us all: we can address the climate crisis, strengthen European energy security, and deepen the US-Poland strategic relationship,” Harris tweeted.

Without a formal tender process, Westinghouse apparently beat France’s EDF and the Korean company KHNP to the project, although Poland says that the Koreans may still lead the effort to build a second plant, a business-led addition to the Polish state's nuclear power programme.

The Americans had earlier offered Poland to build six reactors – so covering the entire Polish nuclear power programme – for $31bn-$40bn.

Nuclear power is the all-important plank in Poland’s plan to reduce the currently dominant share of coal and lignite in electricity generation. Due to its reliance on dirty fossil fuels, Poland’s electricity grid is one of the most carbon-intensive in Europe.

For Westinghouse, the Polish venture is not its first in the region. In May, the company signed a memorandum of understanding with the state-owned Bulgarian Energy Holding on building a long-duration energy storage facility in Bulgaria. In April, it signed memoranda of understanding with three Slovenian companies that will cover co-operation on potential AP1000 nuclear power plant projects across Central and Eastern Europe.

In 2021, Westinghouse signed a nine-year agreement for the modernisation of control and management systems at the Temelin nuclear power plant. Czechia also picked Westinghouse – along with France's Framatom – to supply fuel to Temelin.

A contract to build at least one reactor from scratch is, however, the biggest regional success for Westinghouse, which also remains very much in the game to build several more in Poland, in line with Warsaw's nuclear power strategy.

The company is also offering small modular reactors (SMRs), a technology that Poland is interested in as a cheaper and faster-to-deploy way of proliferating nuclear power across the country, for example to provide power and heat to cities.