Poland and Germany near agreement on cooperation to ditch Russian oil 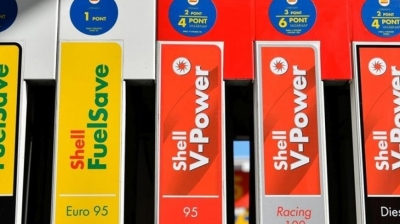 SWITCHING PUMPS: German economy minister says if state steps in to take control of the Schwedt refinery, Poland could help supply it via its oil terminal in Gdansk.
By bne IntelliNews April 28, 2022

Poland and Germany could strike an agreement for mutual support in getting rid of Russian oil imports, German Economy Minister Robert Habeck said following his visit to Warsaw on April 26.

Germany has been resisting a quick, universal and simultaneous EU-wide oil embargo, while Poland has been pushing for one. A deal with Poland could help allow Germany to agree to EU sanctions on Russian oil exports, leaving Hungary isolated as the main opponent of tightening pressure on the Kremlin.

The Commission is currently working on plans for what it calls "smart sanctions" against Russian oil exports, which may involve only imposing curbs on oil products rather than crude oil. The Commission approved sanctions on Russian coal exports earlier this month. Sanctions on gas are a much tougher proposition, with many countries in Central and Eastern Europe almost entirely dependent on Russian imports.

Germany is particularly vulnerable on oil as last year it imported 35% of its oil from Russia,  though it plans to end imports by the end of the year and expects to reduce its dependence to 25% in the next few months.

Out of all the European countries, Germany is the biggest importer of Russian oil and its two big refineries are fed by Soviet-era pipelines that make it difficult for them to change suppliers. The refinery in the eastern city of Schwedt near the Polish border provides 95% of Berlin’s oil products and is majority owned by Russian oil major Rosneft.

Habeck said he is hopeful that if the German state steps in to take control of the Schwedt refinery, Poland could help supply it via its oil terminal in the port city of Gdansk.

"We are speaking about a case where Germany supports Poland and Poland supports Germany in the event that Rosneft is no longer the operator of the refinery," Habeck said, according to Reuters.

Poland said that it was in talks with Germany to achieve “full de-Russification of energy policy”, Polish Climate and Environment Minister Anna Moskwa said after meeting Habeck.

“It’s important that in these difficult times we speak in one voice with our Western neighbour. This dialogue with Germany has already started and we are in constant contact to work out common solutions,” Moskwa said.

Poland still imports 60% of its oil from Russia but has long said it is ready to wean itself off Russian energy imports by the end of the year. The country has already banned imports of Russian coal.

Poland is also poised to end gas imports from Russia, a move that may be brought forward by Gazprom's halt to gas supplies this week.

On April 26, Gazprom told Poland that it would halt gas supplies, starting on April 27, after Poland refused to change its long-term supply contract to accommodate Russia’s demands that payments go through a ruble account in Gazprombank, the bank responsible for handling gas payments from Gazprom clients.

The Commission has warned companies paying for gas through Gazprombank’s ruble accounts that doing so would mean circumventing EU sanctions on Russia. Hungary and Austria are still paying for gas at Gazprombank by converting euros into rubles.

Poland says it has enough alternative routes not to be affected by Gazprom halting shipments. Poland operates an LNG terminal in the coastal town of Swinoujscie and has recently linked its gas grid with Lithuania’s. Warsaw is also moving fast towards launching supplies via the Baltic Pipe, a new pipeline linking Norwegian gas fields, operated by the Polish state oil and gas company PGNiG, with Poland.

On Wednesday President Andrzej Duda said Poland would sue Gazprom for stopping supplies. “Appropriate legal steps will be taken and there will be appropriate compensation from Gazprom for violations of the provisions of the contract,” Duda said while on a visit to the Czech Republic.