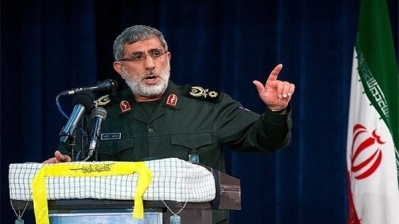 An Iranian lawmaker has offered a $3mn reward in cash to anyone who kills US President Donald Trump that he said would be paid by the people of Iran’s Kerman province, from where Qasem Soleimani, the top Iranian general assassinated on Trump’s orders, hails, Iranian Students' News Agency (ISNA) reported on January 21.

Addressing Iran’s 290-seat parliament, Ahmad Hamzeh added that Iran could avoid threats from other countries if it had nuclear arms. 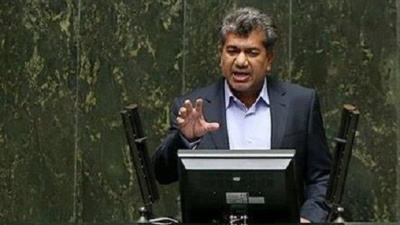 “On behalf of the people of Kerman province, we will pay a $3 million reward in cash to whoever kills Trump,” Hamzeh reportedly said. He warned Trump that Soleimani as a "martyr" has now become "more dangerous". Hamzeh, a little-known member of parliament, represents Kahnouj county near the southeastern city of Kerman, the hometown and final resting place of Soleimani.

A US envoy on January 21 called the lawmaker's offer of a $3mn reward to anyone who killed Trump "ridiculous" and said it pointed to the "terrorist underpinnings" of the Iranian government, Reuters reported.

"It's just ridiculous but it gives you a sense of the terrorist underpinnings of that regime and that regime needs to change its behaviour," Robert Wood, US disarmament ambassador, told reporters in Geneva.

Iran said on January 20 that Tehran will withdraw from the Treaty on the Non-Proliferation of Nuclear Weapons (NPT) if European nations, under pressure from Trump, attempt to refer the Islamic Republic to the UN Security Council over non-compliance with the 2015 nuclear deal.

Iranian Foreign Minister Mohammad Javad Zarif on January 16 called Trump a “high school bully” and warned Europe’s major powers of the dangers of whetting his appetite by succumbing to him. Iran has poured scorn on the idea of a “Trump deal” replacing the nuclear deal, a proposal backed by UK Prime Minister Boris Johnson.

On January 17, giving his first Friday prayers sermon for eight years, at Tehran's Mosalla Mosque, Iranian Supreme Leader Ayatollah Ali Khamenei warned, in an obvious reference to the US, that Iran has the means to “slap the face of an arrogant power”. In a jibe at Trump, he referred to American “clowns”.

Trump responded on Twitter by warning Khamenei to be "very careful" about what he says. "The so-called 'Supreme Leader' of Iran, who has not been so Supreme lately, had some nasty things to say about the United States and Europe," he tweeted. "Their economy is crashing, and their people are suffering. He should be very careful with his words!" Trump tweeted. He mocked Khamenei, saying he should “make Iran great again”.

Urged on by Arab allies in the Middle East such as Saudi Arabia, as well as Israel, the US has since Trump took office as US president in January 2017 been turning the screw tighter and tighter on Tehran as it seeks to diminish its role in the region. On January 3, Trump went ahead with what some experts say was act of war—and an illegal act of war in terms of international law contend many experts—by assassinating second most powerful Iranian official, Quds Force Major-General Soleimani at Baghdad airport.

Days after, Iran said it would no longer respect any uranium enrichment limits in the nuclear accord (formally the Joint Comprehensive Plan of Action, or JCPOA), effectively leaving the deal on life support.

Hamzeh did not say if the idea of offering a bounty on Trump’s head from the people of Kerman had any official backing from Iran’s clerical rulers.

“If we had nuclear weapons today, we would be protected from threats ... We should put the production of long-range missiles capable of carrying unconventional warheads on our agenda. This is our natural right,” Hamzeh was also quoted as saying.

The US and its Western allies have long accused Iran of seeking nuclear weapons. Tehran insists it has never sought nuclear arms and never will, saying its nuclear work is purely civilian for research and to master the process to generate electricity.

On January 20, Iran’s Fars News Agency reported Soleimani’s successor, Brigadier General Esmail Qaani, as telling a Tehran audience: "They hit General Soleimani in a cowardly act, but there are freedom-seekers across the world who want to revenge for him with God's help, and God willing, we will hit his enemy chivalrously. "Our enemy understands no language but force and therefore, we should stand against them strongly."

Since breaking international diplomatic convention by withdrawing the US from the JCPOA in May 2018, Trump has hit Iran to an unprecedented degree with crushing economic sanctions, even trying to drive its lifeline oil exports down to zero. Iran says he is waging an “economic war” on the country that is hurting ordinary people including citizens unable to obtain medical supplies. The US calls its efforts to bring Iran to the table to negotiate a more stringent nuclear deal a “maximum pressure” campaign.