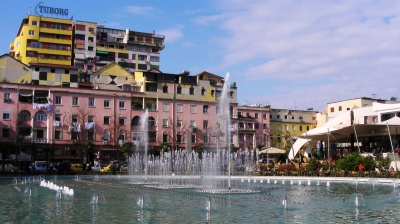 2019 is a crucial year for Albania in terms of EU integration. Albania is expected to keep posting strong economic growth in 2019 and to continue EU-oriented reforms, particularly in the justice system, with the aim of launching EU accession talks before the end of the year.

The European Parliament in November praised Albania’s steady progress on EU-related reforms, commending the significant improvement in strengthening the legal and institutional framework as well as the progress in the fight against organised crime.

However, MEPs criticised the country’s high level of corruption, the inefficiency of the justice system, and the fact that rule of law deficiencies and cumbersome regulatory procedures continue to deter investment.

For Albania, it is crucial to further consolidate progress made on judicial reforms in particular through the vetting process and to show tangible results in the fight against corruption and organised crime, in particular on the cultivation and trafficking of drugs.

Domestic politics are complicated by the intense antagonism between government and opposition, which has been boycotting the parliament for months.

The main opposition Democratic Party (DP) has accused the government of crime, corruption and connections with drug traffickers, and has refused to take part in the parliament’s work, only returning in December 2018 in support of protesting students.

Albania last held a regular general election in June 2017, in which the Socialist Party led by Prime Minister Edi Rama won its second mandate with an overwhelming majority.

Local elections will take place on July 30, 2019, after in the previous local vote in 2015 most of the mayors’ posts were won by the Socialists.

The leader of the DP Lulzim Basha proposed that Albania hold an early general election at the same time as the regular local election in 2019, but the proposal is not likely to be accepted by the Socialists.

Albania’s economy is seen rising by a real 3.7% in 2019, somewhat slower than in 2018, when according to the International Monetary Fund (IMF) growth will reach 4%, boosted by a temporary push from electricity generation. Albania has a strong hydropower sector, which means its economy gets a lift when weather conditions are good. Electricity exports helped Albania to become one of the countries with the strongest growth in the Western Balkans in 2018.

The European Bank for Reconstruction and Development’s (EBRD’s) forecast is slightly higher than the IMF’s at 3.9%, while the Albanian government based the budget even on a higher growth of 4.3% in 2019.

Annual inflation, which is driven mainly by food prices, has now run at below the central bank’s 3% target for five consecutive years, but is it expected to gradually increase and reach its target in 2020.

According to the European Commission, Albania faces several obstacles to improving potential growth and competitiveness including the weak judiciary, insufficient enforcement of property rights and burdensome administrative procedures.

Despite improvements on the labour market, the employment rate and labour market participation remain low and the incidence of undeclared work is significant. Unemployment decreased overall, but it remains very high for young people, according to the European Commission.

Albania successfully placed a seven-year Eurobond worth €500mn in October 2018, the third time the country has tapped international money markets. The government has not yet make any announcement about a new Eurobond issue in 2019.

Albania’s 2019 budget is set at deficit of 1.9% of the country’s GDP, the lowest ever budget gap. The budget is aimed at fiscal consolidation and reduction of the public debt to 64.9% of GDP and.

The IMF recently recommended Albania to bring down the debt further to 62.3% of GDP by 2021. The IMF also advised Albania to reduce its fiscal deficit by more than 0.5% of GDP through a mix of excise-rate indexation, environmental taxation, and further broadening of the tax base. The aim of the reduction is to create fiscal buffers, as in case of adverse risks to economic growth there would be very limited space for fiscal stimulus.

Under the draft  2019 budget there are plans to finance an increase of wages in the health, education, defence and penitentiary sectors. Currently, the average salary in Albania’s public sector is around €480 per month.

In 2019, Albania, which relies on hydropower production, will continue to work on the final stage of the crucial Trans Adriatic Pipeline (TAP) project aimed to promote energy diversification. The pipeline will carry gas from Azerbaijan through the Caucasus and Southeast Europe to Italy and further to Europe, via Albania and Greece. It will be operational in 2020.

TAP is one of the largest foreign direct investments in Albania, amounting to about €1.5bn. This and other major projects such as road constructions and Norwegian Stadkraft’s investment into the Devoll hydropower cascade, have boosted FDI into Albania in recent years, so as TAP in particular comes to a conclusion FDI is expected to fall, unless the government can create conditions to attract new investments.

In a positive development, Albania is starting to secure new investments in the renewables sector. In November, the Albanian energy ministry selected a consortium led by India Power Corporation to build a 100 MW solar park, the first major solar installation in the country, and the following month Statkraft revealed plans to build a floating photovoltaic plant in central Albania.