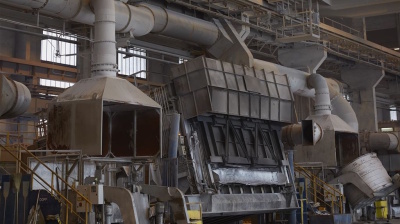 The closure of the Slovalco plant is expected to immediately affect 300 jobs in the region, one of the country's poorest. / Penta Investments
By Albin Sybera August 19, 2022

The Slovalco aluminium plant in the central Slovakian town of Ziar nad Hronom will be shut down at the end of September for at least a year because of the sky-high energy prices, local media report.

The production at Slovalco has already been reduced to some 60% capacity, and Slovak media have for some time speculated about immanent cuts in staff numbers. In July a complete halt in production was already announced, prompting the Slovak Ministry of Economy to propose changes to a compensation scheme for energy-intensive production plants.

Slovalco’s management has been critical of Slovak government’s inaction in providing help through the European carbon compensation scheme for some time.

“Slovakia has not implemented a competitive EU CO2 compensation framework. This has prevented Slovalco from entering long-term power contracts and the palnt’s current contract expires at the end of 2022”,  Ola Saeter, chair of Slovalco’s Board of Directors wrote in a statement on Hydro’s website.

The Ministry of Environment claims that Slovalco’s implication that at the time of “extreme energy prices” the ministry’s support would have changed the situation is manipulative, Radio Slovakia reports.

The radio also added that legal amendments to the environmental fund provisions are awaiting action from the Ministry of Finance which is expected to propose appropriate legislation in the autumn. However, the Slovak government is experiencing a protracted coalition crisis, with the possibility of an early election looming.

The closure of the Slovalco plant is expected to immediately affect 300 jobs in the region, one of the country's poorest. The Slovak media report posters calling for protests in front the office of the government in the capital Bratislava on August 24, which appeared on the walls of the Ziar nad Hronom municipality building.

“If the government does not take action, then it will soon face similar problems with other energy-intensive plants”, Mayor of Ziar nad Hronom Peter Antal explained to the media why he is planning to attend the rally in Bratislava.

When covering Slovalco’s fate, media in both Czechia and Slovakia also reported that local industries could witness further production terminations amid the ongoing energy crisis.

In the past year Penta has been significantly reducing its industrial portfolio. It sold Czech aircraft manufacturer Aero Vodochody to the Hungarian businessman and diplomat Kristof Szalay-Bobrovniczky and Omnipol, owned by controversial Czech weaponry tycoon Richard Hava who was caught up in a BAE Systems scandal in the past.

In May Szalay-Bobrovniczky became the Hungarian minister of defence and shortly after that his 80% majority shares in Aero Vodochody were acquired by Zsolt Hernadi, CEO of Hungarian petro-chemical conglomerate MOL.

First official results from Bosnian elections put nationalists ahead after exit polls predicted losses
6 hours ago
Georgian MPs want to rid the country of oligarchs, but not all of them
7 hours ago
Hungary agrees on deferred payments with Gazprom for winter gas deliveries
7 hours ago
US sanctions Russia’s CBR head Nabiullina and other officials
7 hours ago
Russia prepares for new attacks against Ukraine from Belarusian territory
7 hours ago