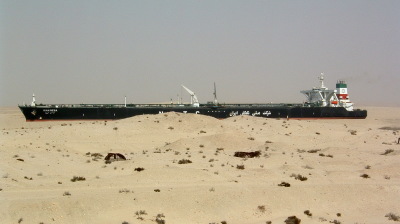 Anxieties that Donald Trump may trigger military clashes, or worse, with Iran rose on April 22 as he announced his administration was ending exemptions from sanctions for countries still buying oil from the Islamic Republic.

Trump said waivers for China, India, Japan, South Korea and Turkey would expire in May. The move is aimed at bringing Iran's oil exports to zero, denying Tehran its main source of revenue. Three other waiver holders, Greece, Italy and Taiwan, have already stopped importing Iranian oil. There had been speculation that the US was very likely set to grant some waiver extensions given concerns that entirely taking Iranian crude off world markets might drive up the oil price, but it appears White House officials hope recent negotiations with Saudi Arabia and the United Arab Emirates have produced assurances that they will work sufficiently hard to ensure enough replacement international supplies.

Given the ultra-aggressive move made by the uber-hawks in Trump’s administration in mid-April, when the US declared the Islamic Revolutionary Guard Corps (IRGC) a foreign terrorist organisation (FTO)—the first time the US had ever designated an entity of a foreign government in such a way—there have to be worries that Trump is minded to pursue regime change in Iran by pushing the situation with the Iranians to the brink of war, or beyond, or that hotheads in the IRGC could trigger a conflagration—perhaps with a showdown over the Hormuz Strait, the energy export chokepoint in the Gulf crucial to world oil markets, which IRGC officers often threaten to close if the US attempts to stop all Iranian oil flows to markets. April 22 also saw a hardliner appointed to head the Guard.

"We stand by our allies and partners as they transition away from Iranian crude to other alternatives," he added, also noting: "We have had extensive and productive discussions with Saudi Arabia, the United Arab Emirates, and other major producers to ease this transition and ensure sufficient supply. This, in addition to increasing US production, underscores our confidence that energy markets will remain well supplied."

“Under the President's leadership, we have taken unprecedented steps to impose maximum pressure on Iran. We are going to ZERO waivers for oil exports from the corrupt Iranian regime, denying it the largest source of its revenue,” US National Security Advisor Bolton tweeted following the no-exemptions announcement.

Saudi Energy Minister Khalid al-Falih said his country would co-ordinate with other oil producing nations to ensure "the global oil market does not go out of balance".

Will China, India and Turkey play ball?
Whether the US can now get largest buyer of Iranian crude China, second largest India and Iran’s neighbour Turkey to play ball with its attempt to entirely thwart Iranian oil exports is now a big question.

Turkey, presently on bad terms with the US across a host of issues, was most aggressive in its response to Trump’s announcement. Turkish Foreign Minister Mevlut Cavusoglu said: “The US decision to end sanctions waivers on Iran oil imports will not serve regional peace and stability, yet will harm Iranian people. Turkey rejects unilateral sanctions and impositions on how to conduct relations with neighbors.”

April 22 saw Iran and Turkey open a special financial channel for exports of Iranian gas and oil to Turkey, according to Islamic Republic News Agency. Under the system Iranian goods might be paid for with Turkish lira to help it steer clear of US sanctions. Iran’s Foreign Minister Mohammad Javad Zarif, who was in Turkey last week for discussions on launching the financial mechanism, said he and his Turkish counterpart would personally oversee it.

China, meanwhile, reiterated that it opposed unilateral US sanctions. "China-Iran co-operation is open, transparent and in accordance with law. It should be respected," foreign ministry spokesman Geng Shuang told reporters.

India's government was studying the implications of the US announcement, the PTI news agency cited sources as saying. New Delhi had reportedly hoped to be allowed to continue to reduce its Iranian oil imports gradually.

Prior to the announcement that no extended waivers would be issued, Reuters reported that India hoped that the US would allow its allies to continue to buy some Iranian oil instead of halting purchases altogether from May.

“They [the US administration] have to take care of their allies, strategic partners. Under sanctions from the beginning, there was talk of a gradual reduction and not going to zero on one stroke,” a source familiar with the situation told the news agency.

“Under [the waivers programme] we hope they will give us relaxation and allow us to buy some Iranian oil,” the source added.

Tehran bides its time
Tehran seems to be biding its time before outlining exactly how it will respond to Washington’s upping of the stakes in its battle to strangle Iran’s economy to force Middle East policy concessions. It appears to be consulting with countries, including the major member states of the European Union, who like the Iranians are opposed to Trump’s sanctions policy.

However, Iran’s Tasnim News Agency quoted an unnamed Iranian official as saying: “Whether the waivers continue or not, Iran’s oil exports will not be zero under any circumstances unless Iranian authorities decide to stop oil exports... and this is not relevant now.

“We have been monitoring and analysing all possible scenarios and conditions for the advance of our country’s oil exports, and necessary measures have been taken... Iran is not waiting for America’s decision or the lack of it to export its oil.

Tasnim also quoted the source as observing. “We have years of experience in neutralising efforts by enemies to strike blows against our country.”

Semi-official Iranian news agency Fars quoted General Alireza Tangsiri as saying on April 22: “According to international law, the Strait of Hormuz is a marine passageway and if we are barred from using it, we will shut it down. In case of any threat, we will have not even an iota of doubt to protect and defend the Iranian waters.”

Separately, the commander of the IRGC’s navy said Iran would close the strait if Tehran was barred from using it.

Hardline veteran general now heads Guard
Iran's Supreme Leader Ayatollah Ali Khamenei on April 22 replaced the head of the IRGC with a veteran general widely seen as a hardliner, with the move pointedly coinciding with the US change of stance on oil export waivers and days after the US designated the elite group a foreign terrorist organisation (FTO) in an unprecedented move.

In reporting the change at the top of the Guard, Iranian state TV did not give a reason for the promotion of Brigadier General Hossein Salami ,58, well-known for his hardline comments against Israel and the US.

Salami served as deputy head of the IRGC for nine years and is a veteran of the 1980-88 Iran-Iraq war. He also led the Guards’ air force before becoming the second-in-command, according to AFP.

"The Supreme Leader has appointed Salami as the new commander-in-chief of the Guards, who will replace Mohammad Ali Jafari," state TV said. Jafari had held the post since September 2007.

Tehran retaliated to the FTO designation of the IRGC by naming the United States Central Command (CENTCOM) as a terrorist organisation and the US government as a sponsor of terrorism.

On 13 April, Salami was cited by Iran's semi-official Tasnim news agency as saying that he and the IRGC were proud of the FTO designation.

Salami said in January that Iran's strategy was to wipe "the Zionist regime" off the political map, Iran's state TV reported.

"We announce that if Israel takes any action to wage a war against us, it will definitely lead to its own elimination," Salami said after an Israeli attack on Iranian targets in Syria in January, Iranian media reported.

Fars news agency reported that Salami in October advised Israel's Prime Minister Benjamin Netanyahu "to practice swimming in the Mediterranean because soon you will have no choice, but to flee into the sea."

LONG READ: A thinking exercise on Turkey and its lira
4 days ago
COMMENT: Waking Sleeping Beauty: shaking up Uzbekistan’s banking sector
3 days ago
COMMENT: Will Central Europe’s economic recovery be stymied by populist banking laws?
10 days ago
OPINION: Why the Russian economy will inevitably become green after the COVID-19 epidemic is over
11 days ago
ING: Russia - The curious case of FX interventions
17 days ago